LEUVEN, Belgium -- The most shocking thing about the Anheuser-Busch InBev purchase of SABMiller is that it’s not shocking at all. 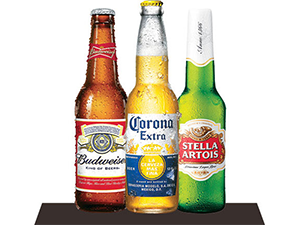 This past week, the U.S. Department of Justice gave its clearance to Leuven, Belgium-based AB InBev to move forward with the deal and and to Denver-based Molson Coors to acquire full ownership of Chicago-based MillerCoors, its U.S. joint venture with A-B.”

Early on, AB InBev's $107 billion deal—one of the largest in history—turned a lot of U.S. convenience-store retailers’ heads. “Less competition!” “Higher prices!” “Limited innovation!” These are the cries I heard.

But you don’t get to be a $47 billion company (2015 total revenue) without planning ahead.

And that’s what AB InBev did. With foresight to consider where the company might run into regulatory issues, the company was smart to be proactive about what beer brands might need to be unloaded and where.

In Japan, Asahi Group Holdings took ownership of the Peroni and Grolsch beer brands, among others.

In South America, SABMiller agreed that its AmBev division would take control of SAB's operations in Panama, and AmBev would subsequently transfer its operations in Colombia, Peru and Ecuador to AB InBev.

But of course, the biggest nut to crack was the United States. Here, the combined company stood to own nearly 72% of the beer market, and the acquired brewer maintained 58% share of the MillerCoors joint partnership.

It was clear from day one that there were regulatory concerns to be dealt with.

So give AB InBev credit where it’s due. By immediately turning to Molson Coors as the potential sole owner of MillerCoors (it was Molson’s to take or leave for the right price), handing over the entire Miller beer brand in the U.S., and focusing on difficult to penetrate countries (Australia, India, all of Africa) as the real prize of the deal, AB InBev demonstrated that its goal genuinely is what CEO Carlos Brito has preached: to “create a truly global brewer that would take its place as one of the world’s leading consumer products companies.”

In the end, the fact that competition in the U.S. market will largely go unchanged is the most shocking thing about the deal.