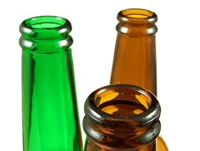 The Boulder, Colo.-based not-for-profit trade association “dedicated to small and independent American craft brewers” issues the statement “regarding the increase in production and promotion of craft-like beers by large, non-craft breweries.”

An American craft brewer is defined as small and independent. Their annual production is 6 million barrels of beer or less and no more than 25% of the craft brewery is owned or controlled by an alcoholic beverage industry member who is not themselves a craft brewer.

The community of small and independent craft brewers has grown as beer enthusiasts embrace new, diverse beers brewed by their neighbors and friends who are invested in their local communities. Beer drinkers are voting with their palates and dollars to support these entrepreneurs and their small and independent businesses.

In 2011, small and independent craft brewers saw their industry grow 13% by volume; in the first half of 2012, volume grew by an additional 12%. Meanwhile, the overall beer industry was down 1.3% by volume, and domestic non-craft was down 5 million barrels in 2011.

Witnessing both the tremendous success and growth of craft brewers and the fact that many beer lovers are turning away from mass-produced light lagers, the large brewers have been seeking entry into the craft beer marketplace. Many started producing their own craft-imitating beers, while some purchased (or are attempting to purchase) large or full stakes in small and independent breweries.

While this is certainly a nod to the innovation and ingenuity of today’s small and independent brewers, it’s important to remember that if a large brewer has a controlling share of a smaller producing brewery, the brewer is, by definition, not craft.

The association’s diatribe comes as the Beer Institute issues an unrelated reported noting the growth of the craft-beer market.

More than 440 new breweries opened in 2012 alone; California leading the pack with 31 new launches. Most are craft-beer producers, creating small-scale artisan batches of booze geared to extremely specific tastes, according to the report.

In 1887, when the Beer Institute’s data begins, 2,269 breweries were up and running in the U.S., all of them defined as “traditional.” When the first so-called specialty outfit appeared in 1966, the total brewery population had slumped to 116 nationwide.

In recent decades, as major beer companies consolidated, the number of traditional breweries shrank. Since 2006, only 20 have been in operation in the U.S.

But the specialty brewery scene has exploded, surging every year, according to the report.

As of August, breweries are opening at the rate of one a day, according to the Brewers Association trade group.