NEW YORK -- Consumption of cider has increased by 50% in the past decade, according to a new report by Rabobank's Food & Agribusiness Research and Advisory team. It shows that the shape of the cider industry will be heavily influenced by the rise of the "hybrid consumer," creating an industry in which the super-premium and value products flourish at the expense of the mainstream brands that dominate the present market. 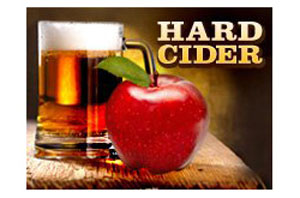 Cider was traditionally a very small beverage category, but in the past 10 years, the industry has expanded rapidly, posting an average annual volume growth rate of 6%. Cider sales are still outpaced by beer--even in the United Kingdom, consumption rates are just 20% of that of lager-- meaning that there is ample room for the industry to expand.

"The opportunity for cider companies is more than just simple expansion; behavioral patterns in their core demographic suggest that the 'hybrid consumer' trend will have a profound effect on the industry," said Rabobank analyst Francois Sonneville; "55% of cider drinkers are women, most of whom are under 30 years of age. This so-called female millennial is the demographic most likely to exhibit hybrid consumer behavior, in which people eschew mid-market options in favor of brands at the extreme end of the product spectrum, switching between super-premium and value options as the occasion demands."

He added, "The premium and mainstream cider brands that currently dominate the sector will need to differentiate themselves or risk losing share. These companies would be well-advised to follow the example of major U.S. brewers and invest in the super-premium segment at an early stage."

Both the super-premium and value segments of the cider industry are underdeveloped, said Rabobank, especially when compared to beer, where craft brewers flourish and cheap options account for up to 20% of the market. Super-premium cider companies face more cost disadvantages than microbreweries when compared to mainstream rivals; limited scalability, lack of tax breaks and low availability of fruit all result in higher costs, which are hard to pass on to consumers in markets where cider is only just emerging. It is also difficult for the value segment to establish a cost advantage versus mainstream brands because of the strict regulation around the minimum fruit content that results in high input costs.

Despite these hurdles, Rabobank predicts that the super-premium and value-end segments are predicted to outgrow mainstream offerings in the long term. The international premium brands that dominate the present market run the risk of getting stuck in the middle. Mainstream players that react early to the hybrid consumer trend, developing their own super-premium products and investing in strong branding should continue to flourish, facilitating the future growth of the cider industry.

Rise of the 'Hybrid Consumer'

Software Facilitates Compliance During the Pandemic

As Communities Reopen, Commuters an Opportunity for C-Stores