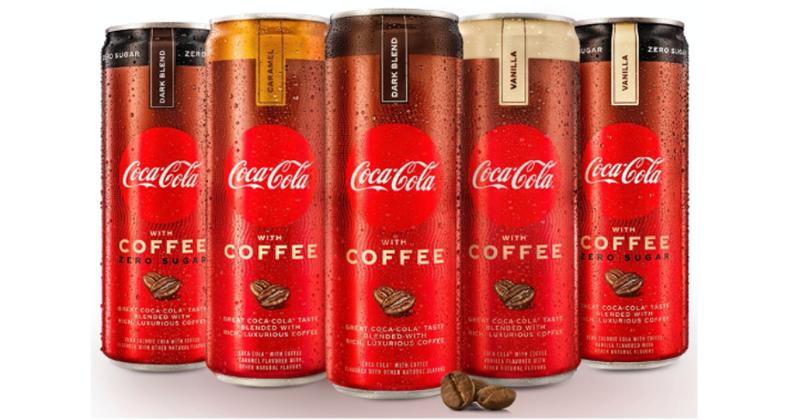 ATLANTA —Coca-Cola with Coffee launched Monday in stores nationwide. The beverage is made with infused Brazilian coffee and has 69 milligrams of caffeine per 12-ounce can.

Coca-Cola with Coffee comes in Dark Blend, Vanilla and Caramel and has zero-sugar options in Dark Blend and Vanilla. The drinks are sold in single cans and 12-ounce four-packs for the three signature flavors with sugar. All are shelf stable.

“Coca-Cola with Coffee is a true hybrid innovation that provides the perfect solution for that mid-afternoon pick-me-up we all want, especially in today’s work-from-home environment. We’re fulfilling this need state and occasion in a uniquely Coca-Cola way,” Brandan Strickland, brand director at Atlanta-based Coca-Cola Trademark, said.

To celebrate the launch, Coca-Cola teamed up with Walmart and DroneUp to bring Coca-Cola with Coffee to residents of Coffee County, Ga., residents who live within a one-mile radius of the Walmart in Coffee County could opt-in to have the new beverage delivered to their home via drone.

While Coca-Cola with coffee is just making its U.S. debut, this is the 50th market the drink is entering. It was piloted in Japan in 2018.