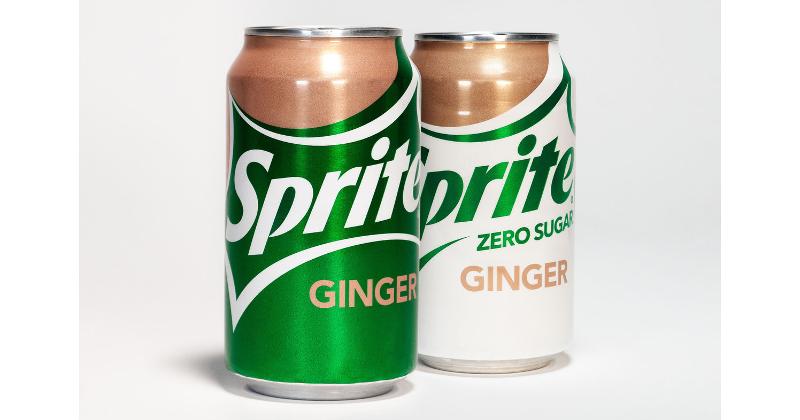 ATLANTA — The Coca-Cola Co. has rolled out a new Sprite flavor.

Sprite Ginger comes in several varieties, including Sprite Ginger Zero Sugar. The drinks, which rolled out in mid-February, are available in 20-ounce and 2-liter PET bottles and 12-ounce can 12-packs.

Sprite Ginger was developed in response to the “surging popularity of ginger-flavored sparkling drinks,” according to Coca-Cola, Atlanta.

The drink brings together the lemon-lime taste of Sprite with a ginger flavor, which the company said reflects a trend in ready-to-drink beverages of consumers wanting taste variety.

“With every sip, you’ll get the crisp, refreshing cut-through of lemon-lime up front, balanced with a hit of ginger on the back end,” said Mark Shorey, Sprite brand manager. “The Sprite Ginger launch is all about reinvention … reimagining the signature attributes Sprite fans know and love, with something new and unexpected.”

Sprite is launching the brand through its "Thirst for Yours" platform, which pays homage to its decades-long connection to hip-hop by empowering emerging people to push the boundaries of creative expression, according to the company.

Sprite tapped up-and-coming creators from various mediums—including fashion, art and photography—to create pieces for "Ginger Creation," the brand's first creative capsule collection. The collection includes graphic T-shirts, a skateboard deck, a vinyl figurine and more, which made their debut at a media and influencer event at Extra Butter NYC, a premier streetwear boutique on Manhattan's Lower East Side.

Along with Coca-Cola, the company markets Diet Coke, Fanta and Sprite and a wide range of other beverages, including diet and light soft drinks, waters, juices and juice drinks, teas, coffees and sports drinks.

Powerade Releases First New Products in More Than a Decade