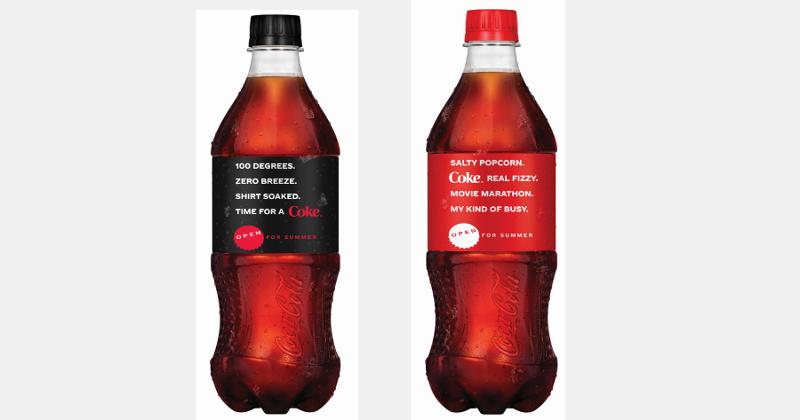 ATLANTA —Consumers will see something new on their Coca-Cola bottles this summer.

The Coca-Cola Co. is launching limited-time Coca-Cola and Coca-Cola Zero Sugar 20-ounce bottles with summer poems on the packaging. Each bottle features a poem and the words “Open for Summer” and encourages consumers to “open up” a Coke to access summer feels and inspire summer rituals that many have missed, according to the Atlanta-based beverage company.

There are 24 poems in total that reference summer moments like backyard barbecues, movie nights, baseball games, beach visits and more. Six of the poems can also be found on fridge pack and on 24-ounce, 1-liter and 2-liter bottles.

The new packaging launches alongside a new radio spot centered around the “Summer Tastes Better with Coca-Cola” tagline.

Packaged Beverages: What Will Stick?