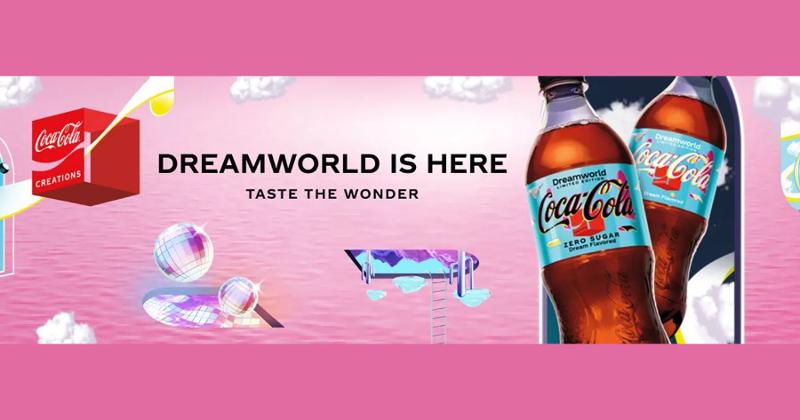 The limited-time-only (LTO) beverage “bottles up the technicolor tastes and surrealism of the subconscious with an invitation to savor the magic of everyday moments and dream with open eyes,” the company said. “The drink adds playfully vibrant flavor notes that evoke the boundless creativity of the human imagination to the unmistakable taste of Coca-Cola.”

“Coca-Cola Dreamworld taps into Gen Z’s passion for the infinite potential of the mind by exploring what a dream tastes like,” said Alessandra Cascino, creative and shopper program director, Coca-Cola North America, Atlanta. “Like the Coca-Cola Creations that came before it, Dreamworld plays with the unexpected and will no doubt provoke discovery and debate among consumers, which we welcome.”

The Coca-Cola Creations platform debuted in February when Coca-Cola Starlight released “a taste of outer space,” followed by the gaming and metaverse-inspired Coca-Cola Byte and, finally, a collaboration with Grammy-nominated music artist Marshmello, the company said.

“Starlight illuminated the idea of escapism and the infinite, out-of-this-world possibilities of space,” said Chase Abraham, senior creative strategy manager for Coca-Cola North America. “Dreamworld flips this script by inviting fans to look inward at the infinite possibilities of the mind.”

Customers can scan the Dreamworld package on their mobile phones to access the Coca-Cola Creations Hub, where they can view an augmented-reality music experience and more.

“We’re meeting Gen Z where they are with relevant content and collaborations that matter to them,” Abraham added.