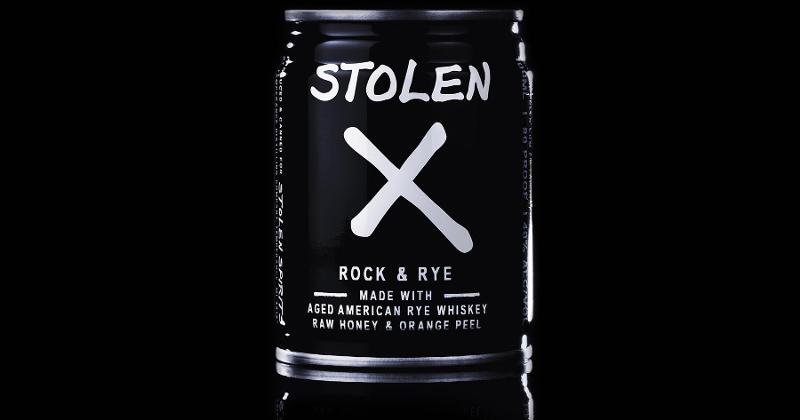 CHICAGO — Single-serve canned spirits might be the next opportunity in alcohol beverages if Stolen Spirits has its way. The maker of Stolen X, a craft whiskey launched earlier this year in 1-liter and 750-mL bottles, is now extending the line into 100-mL cans. With the new rye whiskey-based ready-to-drink (RTD) beverage, the distiller is keen to capitalize on the accelerating growth of the premium whiskey category, it said.

According to Nielsen, RTD spirit consumption increased more than 40% in the past year, according to Stolen Spirits. To capitalize, the company is introducing an 80-proof spirit-based RTD (premium whiskey vs. a malt base) in cans with premium organic ingredients and less sugar. The first SKU is made in the flavor profile of an Old-Fashioned cocktail.

“Most canned beverages are watered-down versions of classic cocktails, but Stolen X delivers 2.25 ounces of a full-strength great-tasting cocktail in a can,” said Marc Bushala, CEO of Spirits Investment Partners, maker of Stolen Spirits. “The new format and premium ingredients will only extend interest and sales in the brand as we continue to disrupt the category.”

Based on a pre-Prohibition spirit known as rock and rye, Stolen X is made with straight American rye whiskey and then blended with organic raw honey and real orange peel.

"Canned cocktails are changing the game in both the on and off-premise,” said Ryan Perry, co-founder and chief information officer of Spirits Investment Partners. “Owners and operators especially crave options which provide incremental impulse purchases and facilitate trade-up into the high-margin whiskey category.”

Stolen X will introduce the new 100-mL cans direct to consumers around the country via five Stolen X Vintage El Caminos. The vehicles are wrapped in the brand’s signature black and white, outfitted with flatbeds and coolers, and stacked full of 100-mL Stolen X cans. The X sampling fleet will pop up at tailgating events, music festivals and street fairs and will be "dropped" in target markets at high-traffic intersections. The sampling teams will educate and sample directly from the vehicle, bringing the party to life in each region, the company said.

Distributed in partnership with Breakthru Beverage Group, Young’s Market, RNDC and other top-tier independent wholesalers, Stolen X 100-mL cans are available for a suggested retail price of $2.99 in on-premise and off-premise establishments in 25 states.

Based in Chicago, Stolen Spirits is a collection of spirits established in Auckland, New Zealand. The portfolio includes an 11-year-old single-grain whiskey, a Jamaican pot-stilled overproof rum and the world’s first smoked rum.

Bud and Beam Team Up for Black Lager