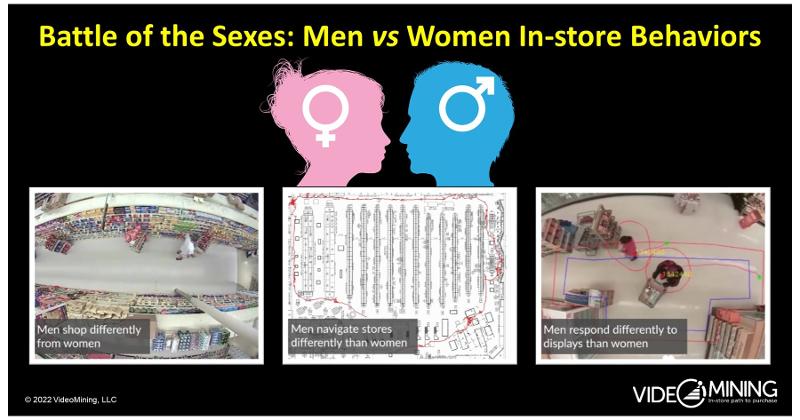 STATE COLLEGE, Pa. — When looking at gender composition data for a given category in convenience stores and grocery, there are some surprises.

Men and women visit different parts of the store, resulting in wide and unexpected variation in the shopper profile for each category, said Rajeev Sharma, founder and CEO of VideoMining Corp.

Here’s a look at how shopping habits for each gender break down when it comes to alcohol, based on the most recent data from VideoMining Tracker, which samples 100 million store trips per month. It is useful to have a category gender index (CGI) which represents the percentage of men or women who shop that category, relative to the percentage of men or women who visit the store, Sharma said.

“Why does it matter? It is because there are fundamental observed differences in how men and women shop, in how they make purchase decisions at the shelf, how they navigate the store and how they respond to different promotions,” Sharma said. “Understanding these differences can help drive strategies for store design, marketing and merchandising that resonate better with shoppers and improve retail performance.”

The female index for spirits in c-stores is 207, while it’s 106 in grocery stores. In c-stores, spirits purchases are dominated by women even when they are a minority in the channel, Sharma said.

Men and women also engage with promotional displays, such as end caps and other secondary displays, differently, he said.

“Similar gender differences are observed in display responses for each individual category and different types of promotions,” Sharma said.

Sometimes promotional messages miss their mark because they are targeted toward consumers and not the actual shopper, who in many cases makes the final in-store purchase decisions. In one case study, VideoMining conducted A/B testing for a beverage company that was evaluating the effectiveness of multiple in-store display messaging for a promotion tied to high school football and college scholarships.

“In that particular case even though the targeted promotion was for high school boys, since the shoppers were mainly moms, the female-oriented messaging proved to be almost 60% more effective than one oriented toward men,” Sharma said. “The case study also highlighted the importance of focusing on the actual in-store shopper vs. consumer when the two are not the same.”