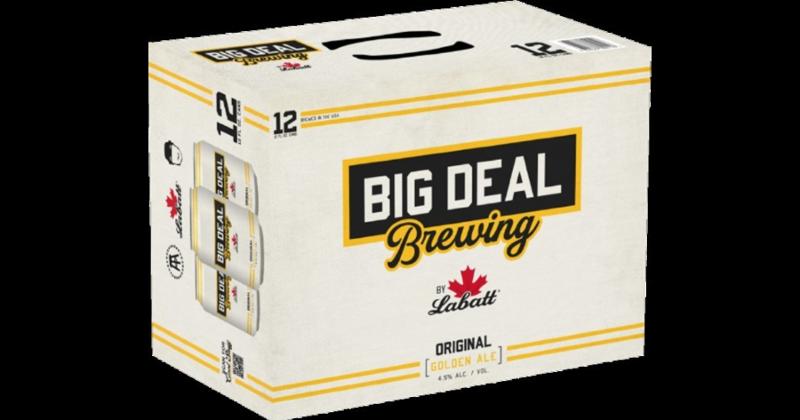 The beer, available in 12-packs of 12-ounce cans and 6-packs of 16-ounce cans, will expand to 15 more states in 2023. Fans can use the beer finder on the Big Deal Brewing website to see where it is available.

The 16-ounce cans also will be available in select pro hockey arenas. The package has a retro design that carries the New York-based Barstool Sports and Spittin’ Chiclets logos along with the Labatt name and maple leaf.

“Hockey fans deserve a new beer, and this hockey season, they’ll get just that,” Bissonnette said. “We wanted this beer to be smooth and crushable but with a lot of flavor. ... And we aren’t stopping with the (Original) Golden Ale. We hope to create tons of different beers with Labatt.”

Labatt USA and Barstool Sports have been marketing partners since 2019 and have focused brand activation efforts around the popular Spittin’ Chiclets franchise, which led to the Big Deal Brewing brand, Labatt USA said. The Spittin’ Chiclets podcast is the No. 1 hockey podcast in the world.

“We are overwhelmed by the response to this new venture with Spittin’ Chiclets and Barstool,” said Inga Grote-Ebbs, brand director for Labatt USA. “Ever since our initial teaser in July, we have been flooded with consumers asking where they can get the beer.”

In 2019, Bissonnette, his podcast co-host and NHL vet Ryan Whitney, and the team behind Spittin’ Chiclets launched Pink Whitney with New Amsterdam Vodka.