CHICAGO -- The biggest challenge of MillerCoors LLC CEO Tom Long, who took the reins of the second-largest U.S brewer this June, has been turning around Miller Lite, said the Wall Street Journal. 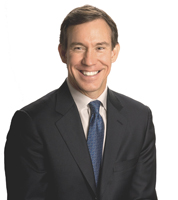 The brand's market-share losses have accelerated in recent months. Launched in 1975, the brand today has less than half the market share of Anheuser's Bud Light, the country's top-selling beer. Fast-growing Coors Light became an in-house rival after SABMiller PLC and Molson Coors Brewing Co. formed the MillerCoors joint venture in 2008.

Long, who joined Miller as chief marketing officer in 2005 after 17 years at The Coca-Cola Co., talked with the Journal about the future of Miller Lite, shifting consumer habits and the success of smaller breweries:

WSJ: Of your two big brands, Coors is doing well and Miller poorly. Why is that?

Long: Coors has benefited the most from the combined distribution of the new company as the smaller of the two. There were much bigger distribution gaps in Coors. Miller Lite is a little bit victimized by our significant success in Coors Light, but that's no excuse. We've got a job to do on Miller Lite.

WSJ: How do you get Miller to grow again?

Long: We're going to our distributors in March with new advertising, new packaging and to the extent we tweak the [brand] positioning, we'll show that as well.

There's a new Miller Lite can coming out in the late spring. It's a taste-flow can that allows consumers to put a second opening in the can and the smooth flow rate increases dramatically. Young people really like it.

WSJ: The marketing pitch for Miller Lite has long focused on taste. Are you still comfortable with that?

Long: It certainly needs to be tweaked. To be credible you have to frame [the marketing] in the context of light beer. In the light arena, it would be pretty easy to say taste is more important than ever because the craft explosion has waked the taste buds of drinkers.

WSJ: Is retail display one of the challenges for the MillerCoors joint venture, with Coors and Miller being forced to share space?

Long: We're working to reverse it simply because we sell a lot more and retailers sell a lot more when we keep them separate. Sameness kills value in all marketing. What [we] want to do is create separateness and give those brands bigger, clearer identities.

WSJ: Why has beer been losing ground to wine and spirits?

You've also got some changes in drinking patterns, for instance the decline in carbonated soft drinks. Still drinks are more important and that's why we see a rise in the consumption of ales in the U.S., because ales are less carbonated.

WSJ: Small craft beers also have been taking share from Anheuser-Busch and MillerCoors. What's your strategy with respect to craft?

If we can play really hard in the fastest sector right now, which is craft, which we are doing, and we can do well with Miller Lite, Coors Light and Miller 64, then our company will do quite well.

WSJ: Four of the five biggest-selling beers in the U.S. are light. Can light beers remain the biggest as more consumers experiment?

Long: That's like saying, 'Do you think sugar-free soft drinks will be relevant going forward?' We don't have any evidence to suggest people don't still care a great deal about calories and carbs.

WSJ: Do you think beer industry volumes will grow again in 2012?

Long: We think we've got more headwinds in beer on a volume basis than we do tailwinds and we see the industry down 1% to 2% in 2012. But our expectation is that [MillerCoors] will take share.