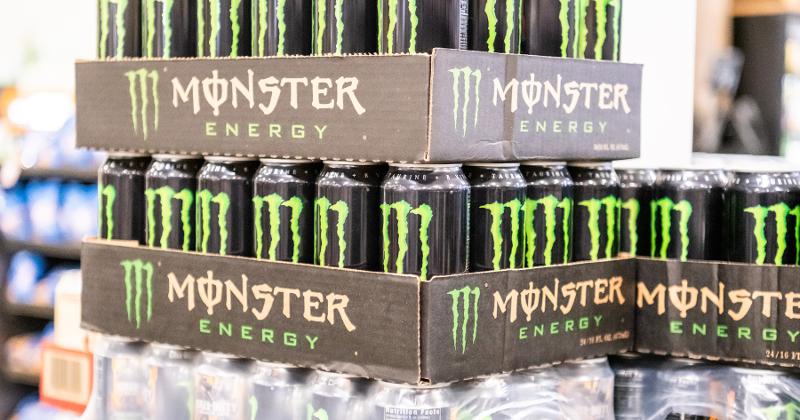 Net sales were down less than 1% in the second quarter of the year, Herzog said. Margins were particularly strong with gross margins up 60.3% and operating margins up 37.2% as Monster pulled back on sponsorships, endorsements and travel and entertainment during the COVID-19 pandemic, she said.

Monster CEO and Chairman Rodney Sacks said on the company’s second-quarter earnings call on Aug. 4 that the energy drink company was looking at developing some products in “both non-alcohol and alcohol spaces,” when asked if Monster was going to launch a hard seltzer.

“There's been no definitive decision on when to launch, what to launch and under what brand names,” Sacks said of Monster innovation. “Obviously, we're getting there. We're quite close, but we haven't gotten to that position, yet. So I really can't give you an update other than to tell you that we are seriously looking at all those options.”

Whatever Monster creates, Herzog said, the company has a full innovation pipeline for the second half of the year, giving analysts confidence that the momentum can build through the remainder of the year.

“We think a [Monster] hard seltzer would most likely source its growth from a combination of new consumers to the category and existing White Claw drinkers (many of which likely overlap with Monster's consumers),” Herzog said.

In terms of pricing, a Monster hard seltzer could replicate its energy drink playbook by potentially introducing a larger-sized can at an affordable price point, Herzog said.