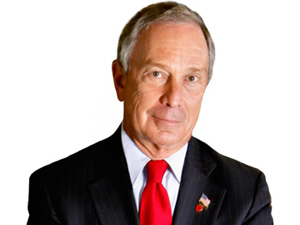 The Court of Appeals granted a request by city officials to challenge a mid-level court decision that struck down the measure in August.

Arguments and a decision by the top court are expected next year, said the report.

The lower court said the city Board of Health exceeded its authority by putting a 16-ounce size limit on high-calorie soft drinks. The cap would have applied to restaurants, stadiums and many other places, but not convenience stores without foodservice.

Bloomberg said he was confident the top court would uphold the board's rule, which he said will help save lives.

"Obesity is the only major public health issue we face that is getting worse, and sugary drinks are a major driver of the crisis," Bloomberg said in a press statement. "The related epidemics of obesity and diabetes are killing at least 5,000 New Yorkers a year and striking hardest in black and Latino communities and low-income neighborhoods. New York City's portion cap rule would help save lives, and we are confident the Appeals court will uphold the Board of Health's rule."

The American Beverage Association said it's confident the lower court decisions will be upheld.

"The courts have agreed the Board of Health did not have the authority to pass this regulation," spokesperson Christopher Gindlesperger said. "We look forward to a final resolution of this issue."

NYC Soda Ban Back in Court