FORT COLLINS, Colo. -- Need evidence that the craft-beer market is maturing? Look no further than New Belgium Brewing. The 24-year-old brewer has created a 3.2%-alcohol-by-weight—or low-point—version of its most popular beer, Fat Tire, meaning it can be sold in supermarkets and convenience stores in low-point-beer states, such as Colorado, Kansas, Utah and Oklahoma. 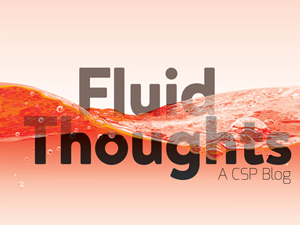 “We wanted to provide better access to our beer both on- and off-premise in Utah,” New Belgium spokesperson Bryan Simpson told Westword, an alternative newspaper based in Denver. Initially made available on tap, the lower-alcohol version will be sold in six-packs and 12-packs of 12-ounce bottles and in 12-packs of cans beginning Oct. 1, according to the report.

Certainly, low-point states have been dark spots for many craft beers, which tend to contain higher levels of alcohol than standard premium beers. The move by Fort Collins, Colo.-based New Belgium Brewing, the fourth-largest craft brewer in the United States, signals a new maturity and a rejuvenated desire to grow to nationwide status by reaching out to new markets.

In low-point-beer states, the amount of alcohol a brew can contain if sold in a supermarket or convenience store is limited to 3.2% alcohol by weight (ABW). (That’s equivalent to about 4% alcohol by volume, or ABV. Regular Fat Tire Amber Ale is 5.2% ABV.) In some low-point states, full-strength beers are sold exclusively in state-licensed liquor stores.

Optimistically, New Belgium’s move to 3.2% ABW will open the door for c-stores in those states to join the craft-beer party, which has grown the beer category in recent years. On the other hand, perhaps it will—literally—water down the perception of craft beers as better and bolder than premium and subpremium domestics.

And there’s a third option: Challenges to low-point-state laws, which date back to the 1930s, have become more frequent in recent years. Perhaps the taste of fuller-bodied beers will encourage more of the voting public in these states to urge lawmakers to overturn these antiquated laws.