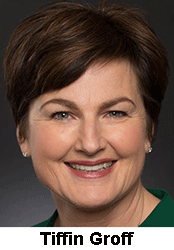 The 51-year-old traditional cafe business over the years has successfully transitioned to selling coffee beans and more recently K-cups in grocery stores. And so it approached RTD cold brew with the method it understood: using its own sales team and direct-store-delivery (DSD) routes.

Peet’s Cold Brew launched in mid-2017 with modest goals: "to get some experience and the sales routine under our belt," Tiffin Groff, general manager and vice president of the beverage division of Peet’s Coldcraft business unit, told CSP Daily News.

The Coldcraft division launched in May as a new business unit focused on expanding in the RTD cold-brew coffee market. In August 2016, Peet's initially brought the RTD concept to its home market in the San Francisco Bay area, where "it quickly became the top single-serve refrigerated cold-brew brand in the Bay Area," the company said. Peet's has since expanded the products to reach all of California and is now growing into Oregon, Nevada and Washington.

Part of the challenge is that, in addition to creating a packaged cold-brew product that would maintain the brand’s successful cafe experience, the coffee maker also chose to develop its own sales team and DSD service to ensure a methodical rollout of the product into grocery and convenience stores.

"Freshness is a big deal. We’re pretty obsessed with it here at Peet’s," Groff said. "Coffee can get stale, [and] we’re interested in delivering the freshest coffee to the stores that we can."

“It’s all about building our business,” Groff said. “DSD becomes more profitable when we have more products in more stores.”

“We’re still trying to understand the specifics of routes that are tailored to convenience,” Groff said. “[We’re in] about 125 convenience stores in California, but we’ve just started to plant the seed in convenience. We’re meeting with individual franchisee owners, and it’s a learning process at this point.”