PURCHASE, N.Y. -- PepsiCo Inc. has announced several management changes, including the appointment of Albert Carey as CEO of PepsiCo Americas Beverages, effective immediately, reporting to chairman and CEO Indra K. Nooyi. Carey assumes responsibility for all aspects of the beverage businesses in the Americas. 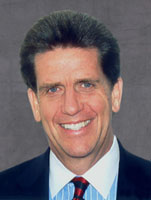 Carey, 60, is a 30-year veteran of PepsiCo. He most recently served as president and CEO of Frito-Lay North America, where he has led the snack and convenient foods business since June 2006. Carey also has extensive experience in PepsiCo's beverage businesses, having previously served as president of PepsiCo Sales, where he led sales and customer management for the company's retail, foodservice and fountain businesses.

"Al's highly collaborative leadership style, deep knowledge of our beverage businesses in North America and his past leadership of our 'Power of One' strategy make him the right choice to lead this flagship business," said Nooyi.

Massimo d'Amore, who has been leading PepsiCo Beverages Americas (PBA), will retain responsibility for the North American Gatorade and Tropicana businesses as well as the Latin American beverage business, reporting to Carey. In addition, d'Amore will continue to lead the Global Beverages Group, focused on global breakthrough innovation, global R&D and global brand management, as its president, reporting to Nooyi.

Succeeding Carey is Tom Greco, 53, who will assume the role of president of Frito-Lay North America. He most recently served as executive vice president and chief commercial officer for Pepsi Beverages Co. (PBC). Prior to this role in the beverages business, Greco was president of PepsiCo Sales, leading the "Power of One" customer teams. He has also held a variety of senior positions within Frito-Lay, including president, Frito-Lay Canada. Greco will report to John Compton, CEO of PepsiCo Americas Foods (PAF).

"The appointments we've made today reflect the depth of our management bench, the quality of our leaders and will lead to a seamless transition," said Nooyi.

PepsiCo also announced that Eric J. Foss, CEO of PBC, has notified the company that he is retiring, effective December 9, 2011.

Foss, 53, has led PBC since February 2010, when he joined PepsiCo in the company's merger with its North American bottling operations. Prior to the merger, Foss was chairman and CEO of the publicly traded Pepsi Bottling Group from 2006 to 2010.

PepsiCo appointed Foss as head of PBC to facilitate a successful integration of the bottling operations into PepsiCo and to deliver agreed-upon synergies. As contemplated by the terms of his agreement, Foss intends to return to a senior leadership role of a public company.

"Eric has been a key member of the PepsiCo leadership team and has been a respected leader across global beverages for many years," said PepsiCo Chairman and CEO Indra K. Nooyi. "We are grateful to Eric for his willingness to stay with us for nearly two years to ensure a successful integration, and we are now well positioned for the future. His deep operating experience and business savvy have been great assets to our company, and we wish Eric all the best in his future endeavors."

Foss will begin working immediately with the company's new beverage leadership team as part of the management transition.

"Having been part of the PepsiCo family for nearly three decades, when Indra asked me to stay on to lead the post-merger integration, I was pleased to partner with this great team," said Foss. "Now, with that work successfully completed, I look forward to taking on significant new challenges."