BOULDER, Colo. -- Craft-beer brewers now represent more than 12% of market share in the overall beer industry, according to the latest data from the Brewers Association. 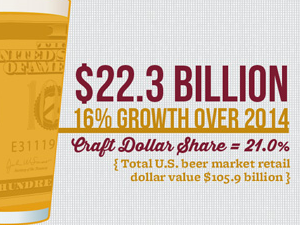 With more breweries than even before, small and independent craft brewers now represent 12.2% market share, up from 11% in 2014.

In 2015, craft brewers produced 24.5 million barrels, and saw a 13% rise in volume and a 16% increase in retail dollar value. Retail dollar value was estimated at $22.3 billion, representing 21% market share.

“For the past decade, craft brewers have charged into the market, seeing double-digit growth for eight of those years,” said Bart Watson, chief economist for the Brewers Association. “There are still a lot of opportunities and areas for additional growth. An important focus will remain on quality as small and independent brewers continue to lead the local, full-flavored beer movement.”

Additionally, in 2015 the number of operating breweries in the U.S. grew 15%, totaling 4,269 breweries, the most at any time in American history. Small and independent breweries account for 99% of the breweries in operation, broken down as follows:

Throughout the year, there were 620 new brewery openings and only 68 closings. One of the fastest-growing regions was the South, where four states—Virginia, North Carolina, Florida and Texas—each saw a net increase of more than 20 breweries, establishing a strong base for future growth in the region.

Combined with already existing and established breweries and brewpubs, craft brewers provided nearly 122,000 jobs, an increase of more than 6,000 from the previous year. 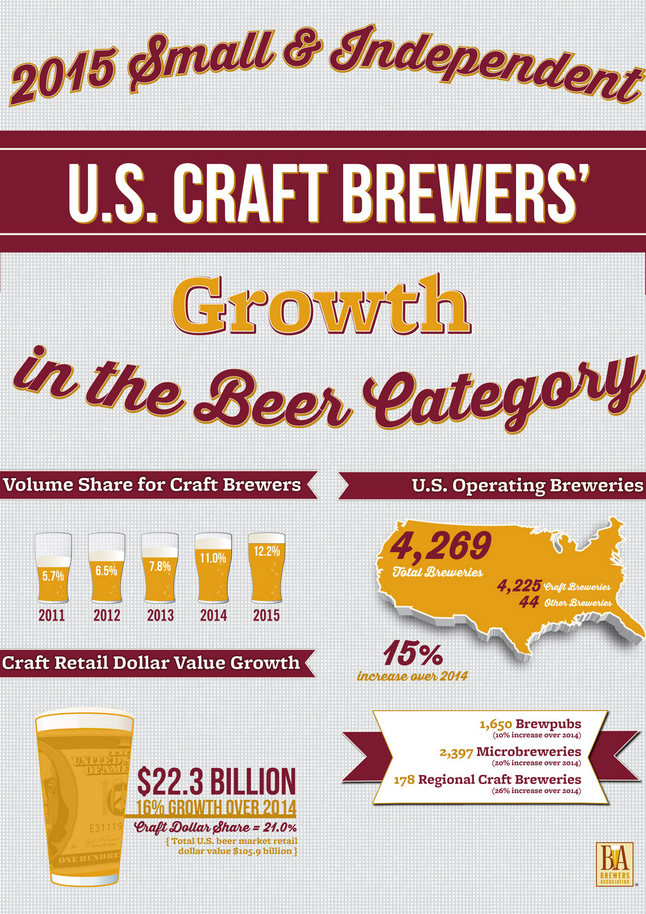