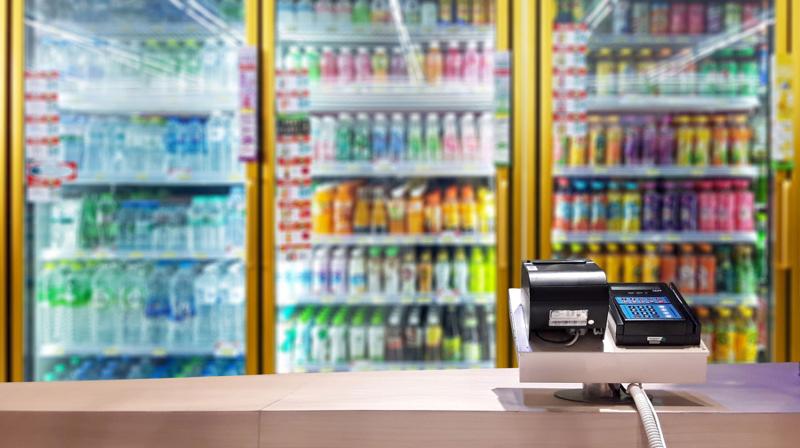 CHICAGO — A category manager for packaged beverages can’t just put the basics in the cooler and hope the products will sell. They need to keep an eye on new products, which makes the job exciting, said Michael “MJ” Simons, category manager for MAPCO Express, Franklin, Tenn.

“We’ve got to be able to step back and react where we have to,” Simons said.

Category managers have had to react to a revival of the energy category over the past few years, to local trends and to the challenges of new regulations, such as those targeting cannabidiol (CBD) beverages, or state liquor laws.

“Retail itself is just such a dynamic business, where things change every day,” said Joe Brumfield, category manager of packaged beverages and dairy for Circle K’s Texas division, based in San Antonio. “And so when you get up every morning, you know that you’re not going to have to go in and do the same thing over and over again. Anything’s possible.”

Dollar sales for the energy category grew 9.5% and unit sales were up 6.6% in c-stores in 2019, according to IRI data. What’s providing the momentum?

If Simons had to guess, he’d say the energy category continues to grow because everyone is trying to fit more into 24 hours. And there’s research to back that up. In a 2019 consumer survey by Chicago-based research firm Mintel, 54% of respondents said they were drinking more energy drinks than a year ago because they require more energy.

“A strong U.S. economy has indirectly benefited the energy drink market,” Mintel said. “More Americans are working, and they are working longer hours.”

The category is innovative and forever changing, Simons said. Even established brands such as Monster and Red Bull have come out with new flavors or varieties.

“They do a lot for their own category just by continuing to evolve and change,” Simons said.

For example, Monster has introduced offsets to its brand, including hybrids such as Java Monster and Monster Dragon Tea, plus Monster Energy Ultra Paradise. Red Bull often releases seasonal flavors, such as Red Bull Pear Edition Sugarfree and Red Bull Summer Edition Watermelon, which will be available at the end of April for a limited time.

Other manufacturers are bringing the innovation. Bang Energy, a drink line from VPX Sports, Weston, Fla., showed huge growth in c-stores, with dollar sales up 250% and unit sales up nearly 240%, said IRI.

Customers continue to want low-sugar, refreshing drinks that taste great and are better for you, Brumfield said. Eternal Water has been doing well in his Circle K stores, where he sells 16.9-ounce bottles in Blood Orange, Lemon, Cherry Lime and Blackberry varieties. He also sells Eternal spring water in 1- and 2.5-liter bottles.

However, while the better-for-you category is rising, carbonated soft drinks (CSDs) brought in $8.7 billion in c-store sales in 2019, despite declining unit sales, according to IRI.

“Even though the better-for-you category is increasing, you’re still going to have the consumer that’s going to buy your regular Coke, regular Pepsi, regular Mountain Dew, all of that,” said Manuel Velilla, senior specialist for merchandising and new product development for Dallas-based Sunoco LP.

Brumfield agreed, saying CSDs remained the “big dog,” making up nearly 30% of his business for a long time—although energy has recently taken over that top spot.

“We must continue to stabilize soft drinks, but the future growth of the category has clearly shifted to water, better-for-you products and energy-based everything,” Brumfield said.

Texans are very loyal to Texas brands, Brumfield said, so he also promotes local products where he can. This includes brands such as C-Force Water (from Chuck Norris’ ranch), and Big Swig Sparkling Water and Chameleon Cold Coffee, which are produced in Austin, Texas. The Texas brands usually are featured in an endcap beverage cooler before being integrated into the cooler sets. When Brumfield’s 2020 resets are complete, he plans on developing point-of-purchase displays to call out the Texas-made brands, he said.

One retailer that Brumfield admires for promoting local is San Antonio-based grocery chain H-E-B. The central theme of H-E-B’s marketing is “A Quest for Texas Best” and “H-E-B Takes Care of Texas.”

“I try to leverage Texas pride to help motivate our customers and build loyalty to Circle K Texas,” he said.

Velilla said his Sunoco sites see most of their bottled water sales in local brands, or regional labels from Nestle Waters North America. He believes customers are drawn to the local still water brands because of their lower price and ability to quench thirst better than a sparkling water.

Convenience/PET water took in $3.9 billion in c-store sales in 2019, according to IRI, while seltzer/sparkling/mineral waters took in about $310.3 million. However, the latter category showed more growth: 9.5% in dollars and 5.1% in units. Topo Chico mineral water has about an 86% share in Brumfield’s stores and Perrier is a steady seller.

When it comes to beverage promotions, Brumfield uses two-for pricing as his main promotional and everyday low pricing strategy.

Circle K’s Lift digital upsell platform, in which the customer sees a screen at the cashier that informs him or her about store specials, also work well, Brumfield said. It is tied to Circle K’s loyalty program, and it encourages upsells and allows for loyalty and club buys and other offers, such as sweepstakes.

For example, it promoted a buy one, get one offer on energy drink Reign when it was introduced, and it was “incredibly successful” in launching the item, Brumfield said. Circle K also had an exclusive Coca-Cola 16-ounce NASCAR can campaign, with collectible driver cans and a consumer sweepstakes, he said.

“I take advantage of tie-ins or sweepstakes using supplier assets such as the Monster Supercross in Dallas, University of Texas and San Antonio Rodeo,” Brumfield said.

New packaged beverage categories are also offering c-store retailers opportunity for growth. Simons said MAPCO is considering introducing functional beverages with cannabidiol (CBD). However, it’s a “tiptoe” situation, he said, because “everything could change in a moment” when it comes to government regulation on CBD products.

“If we do go into it, we’ve got to be prepared to move and adjust as necessary depending on how people react and what the government does at that point,” said Simons.

While the legal status of CBD in beverages remains fuzzy, the growth potential is there: The CBD beverage market in the U.S. could reach an estimated $1.4 billion by 2023, with a 75% compound annual growth rate, according to Ronan Levy, chief strategy officer for Trait Biosciences Inc., Los Alamos, N.M., a cannabis/hemp biotechnology company.

At Loop Neighborhood, owned by Fremont, Calif.-based Vintners Distributors, wine sales rose 7% last year. Marat Yeshchin, category manager for Loop, carries about 300 SKUs, which he is trimming to concentrate on top sellers. These include local Northern California brands such as Bogle and Cupcake. Canned wine sales have tripled at his stores over the past year, and smaller packs are also trending. He plans to add smaller packs to the portfolio for 2020, including 500-mL Tetra Paks and 375-mL canned wine, he said.

Simons can also now sell more wine in his stores because Tennessee legalized wine sales on Sundays in 2018. Adding wine is a lot of work—in particular, getting permits and making sure he is putting in the right SKUs. MAPCO now carries a 3- or 4-foot section of wine in about a dozen stores in Tennessee that includes brands such as Bota, Cupcake, Yellow Tail and Beringer.

Vita Coco to Give $1 Million to COVID-19 Relief Efforts