ATLANTA -- Change is always difficult. With the transition of much of the distribution of Monster energy drinks from beer distributors to 100% via Coca-Cola bottlers just beginning, many retailers are understandably nervous. 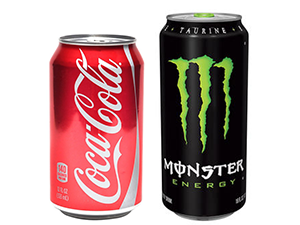 “I expect to have many, many delivery and stock issues immediately and in the foreseeable future,” one convenience-store retailer told Wells Fargo Securities in its most recent Beverage Buzz retailer survey.

More than half of the retailers—representing more than 15,000 c-stores—surveyed said they expect disruptions during the transition to Coca-Cola bottlers, although not all of them anticipate dire situations.

“Just normal transition disruptions and pockets where better existing DSD (direct-store delivery) wholesalers are being transitioned out, but overall should be minimal,” said another retailer in the survey.

“I receive 2x a week delivery from [A-B]. Coke delivers 1x a week,” said a retailer, suggesting out-of-stocks could become an issue.

Another retailer lamented the fact that some of his stores exclusively stock Pepsi and private-label products. “Coke does not currently service these locations,” he said. “We are discussing removing Monster coolers from all of [these] stores due to this.”

That’s a major shock to a retailer considering Monster is one of the best-selling brands in many c-stores with active new-product rollout and promotion strategies. In c-stores, Monster’s energy drinks own 38.7% of dollar share of the category, just a step behind Red Bull’s 40.5% share, according to IRI 2014 year-end data.

Still, about 25% of the retailers surveyed said they expect delivery to improve with the transition. “We expect no disruption and, in fact, expect service and program execution to improve,” said one survey respondent.

And convenience retailers who operate stores that do not sell beer see a strong upside. “With Anheuser-Busch delivering Monster products to stores that did not sell beer, it created many logistic hurdles,” such as frequency of delivery and scale, a retailer said. “I’m actually anticipating an improvement.”

“Of those [survey respondents] receiving distribution from both [Coca-Cola and A-B], many suggested that A-B generally has better levels of services,” Wells Fargo analyst Bonnie Herzog concluded.

The distribution agreement—part of an ownership/strategic partnership yet to close and expected to be finalized this quarter—has yet to transfer any of the product shipping, and Coca-Cola said it is committed to making a smooth transition.