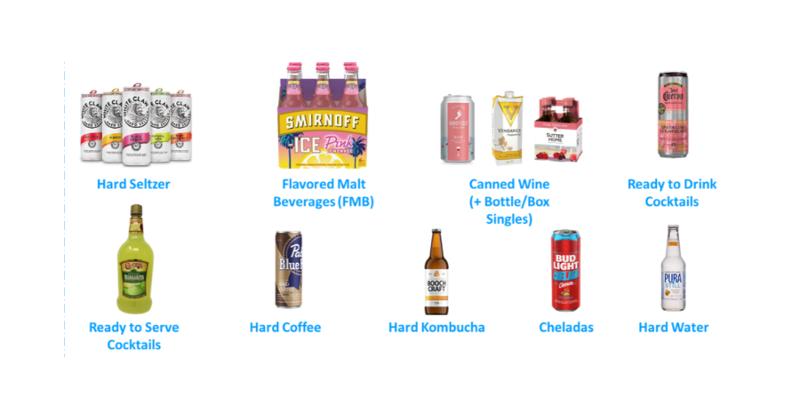 STATE COLLEGE, Pa. — Should ready-to-drink (RTD) alcohol beverages be its own category?

That’s a question VideoMining considered in its 2021 RTD/Beyond Beer study, which used in-depth analysis of the shopping behavior for more than 4 billion shopper trips to grocery and convenience stores in the last two and a half years.

With recent innovation and growth in the category, stores have not kept up with the changes needed to minimize shopper confusion, VideoMining’s founder and CEO Rajeev Sharma said in a note on the study.

The past few years have seen a significant rise in the popularity of alcohol beverage segments, referred to as RTD or Beyond Beer. The segments included in this are hard seltzers, RTD cocktails, ready-to-serve cocktails, flavored malt beverages (FMBs), hard kombucha, hard water, hard coffee, cheladas and canned/boxed/bottled single wines, Sharma said.

When treated together, RTDs account for more than 11% of sales for total alcohol beverages, the study found. Sales of RTDs have increased steadily year-over-year, from 7% in 2019 to 11% in the first half of 2021.

While the most impressive growth in RTDs has come from hard seltzer brands like White Claw and Truly, as well as new RTD cocktail drinks, Sharma said traditional beer is taking the biggest hit. Beer is steadily declining in sales from 32% in 2019 to 30% in 2020 and 29% in 2021. Wine also lost a point in share in 2021 while spirits maintained its share, he said.

“Because of both volume and variety of choices, RTDs will likely continue to chip away at the shares of traditional segments with the popularity and unique options of RTD products,” Sharma said. “Beer is seeing the most impact because the initial product offerings like hard seltzer were more similar to beer. As the segments expand and introduce new twists on non-alcoholic beverages and convenience of RTD Cocktails, the share of the ‘category’ will continue to grow.”