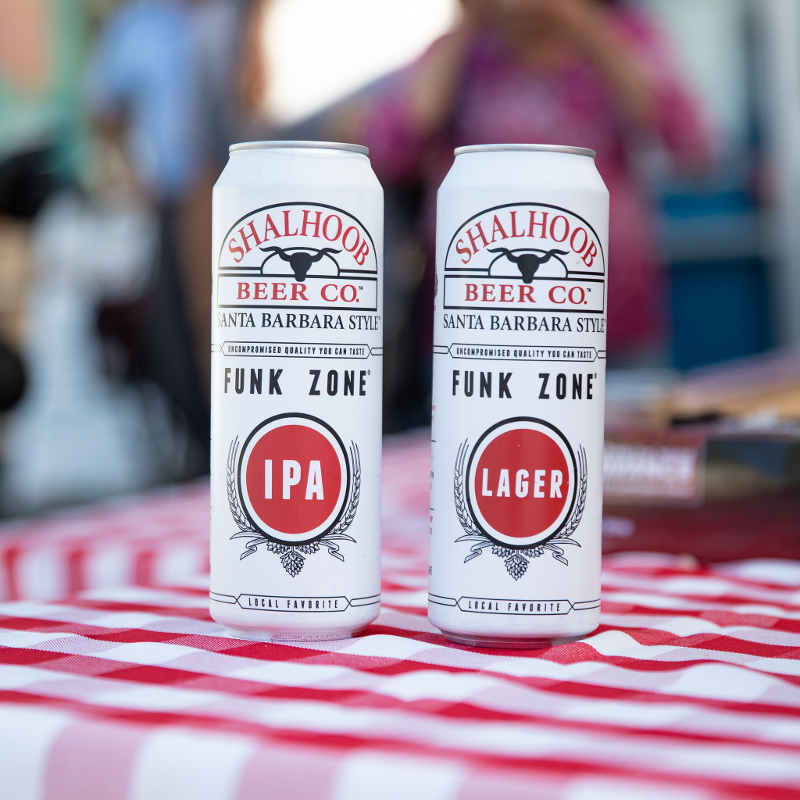 SANTA BARBARA, Calif. — A 7-Eleven convenience store in Santa Barbara, Calif., was the site of a “can-cracking” ceremony July 30 when it became the first c-store placement for Funk Zone Patio Lager and IPA, the inaugural beers of Shalhoob Beer Co. The brewing company is a new venture of Shalhoob Meat Co., a family-owned butcher shop and restaurant supplier.

Started by father and son team John and L.J. Shalhoob, the beer line grew out of their love for predecessor Jerry Shalhoob’s jerky. In 2015, the two immersed themselves in brewing culture. They contacted brewers across California to gather insight, tips and information on what makes a good beer and began experimenting with hops and local fruits using a small artisan batch-brewing system in the same cutting room that has been operating since 1973.

“Brewing right inside our butcher shop gives us a chance to perfectly pair our beer with the flavors of our jerky and patio kitchen,” L.J. Shalhoob said. “We worked to create recipes that are drinkable all day, yet full of exciting flavor that speaks to the Santa Barbara locals’ inherent palate. We spent countless hours tweaking them until they met the same Shalhoob standard that’s been at the heart of our success.”

Approaching its 50th anniversary, the Santa Barbara-based company expanded its butcher shop in recent years by opening the Funk Zone Patio Eatery, which will now showcase the new Shalhoob beer.

Where Do Consumers Choose to Quench Their Thirst?