SEATTLE -- Seattle Mayor Mike McGinn is considering a one-cent-per-ounce tax on sugary beverages, including canned soda and fountain drinks, as a way to raise money for Seattle parks, reported The Seattle Times. 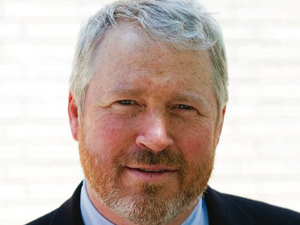 He said his plan would raise the city's business-and-occupation (B&O) tax on businesses that sell sugary drinks. A one-cent-per-ounce tax could raise between $21 million and $29 million a year, McGinn said, citing estimates developed for his office in 2011.

"This, I think, would be a fabulous potential funding source," McGinn said at a mayoral forum sponsored by the Seattle Parks Foundation.

McGinn said he's not immediately proposing the new tax to the Seattle City Council. Instead, he said, his staff will present the idea to a committee now examining future funding needs for Seattle parks.

He said details, including whether such a tax would apply to sugar-sweetened coffee and espresso drinks, could be worked out later if the idea moves forward.

McGinn's challenger, state Senator Ed Murray, was skeptical of the idea, according to the report. Murray said he voted in the legislature for higher taxes on soft drinks, candy and bottled water in 2010 to help close a $4.5 billion budget gap. But voters repealed the taxes that November after an initiative challenge funded by the beverage industry and other businesses.

Murray predicted the soft-drink industry would again fight and defeat any new tax in Seattle. "I don't think it's a viable option," he told the newspaper.

Sugary Drinks Targeted Around the Country