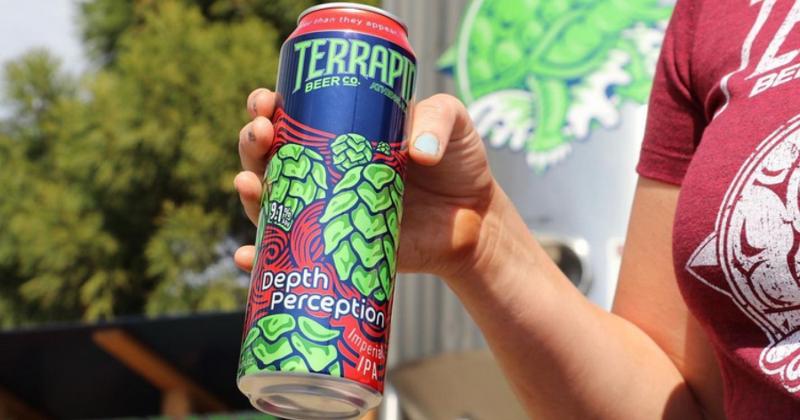 ATHENS, Ga. – Terrapin Beer Co. is getting in on the growing 19.2-ounce beer trend.

The craft brewery’s new imperial IPA, Depth Perception, puts a finish on its diverse portfolio, according to Molson Coors’ blog Beer & Beyond.

“We knew we were going to do an imperial IPA, and it would be a higher-priced beer just because of the materials,” according to Brian Sykes, vice president of sales and marketing for Athens, Ga.-based Terrapin, part of Tenth & Blake, Molson Coors’ U.S. craft arm. “So, it gave us a chance to put it in a different single-serve pack that wouldn’t be priced with our 16-ounce cans.”

Depth Perception, at 9.1% alcohol by volume (ABV), rolled out in March and is up against the growing 19.2-ounce size that’s known as “stovepipe.” Sales of this size have doubled over the last three years to $177 million in 2021 from $66 million in 2018, according to IRI, which noted that stovepipes are the second-largest growth package in the country.

Depth Perception will compete in this burgeoning arena popularized by high-gravity IPAs such as New Belgium Brewing’s Voodoo Ranger and Sierra Nevada’s Hazy Little Thing series, according to the blog.

High gravity is the brewing process of preparing a type of strong wort with a high original gravity to create a beer with a high alcohol content, according to Beer & Brewing.

IPA, craft’s most popular style, thrives in the format, Beer & Beyond said. The 19.2-ounce size is popular at various events and fests and at convenience and grocery stores, the blog said. “It’s more bang for your buck when you get home to unwind,” Sykes said.

“You can fit 10 wide on a shelf in a c-store. You’ve got a breadth of selection and less dead merchandise space” than with slotting 22-ounce bottles, he said.

Consumers get more beer per serving, and stovepipes, at less than $5 per unit, can prove profitable for retailers, the blog said. “The price point works” for consumers and retailers, Mattson told the blog.

Brandon Ross, chain manager for Hop Valley, told Beer & Brewing: “Consumers may have never heard of Hop Valley, and they may be a little hesitant to pick up a 12-pack for $18.99. But with the 19.2 selling for less than $3, it definitely makes it easy for consumers to try.”