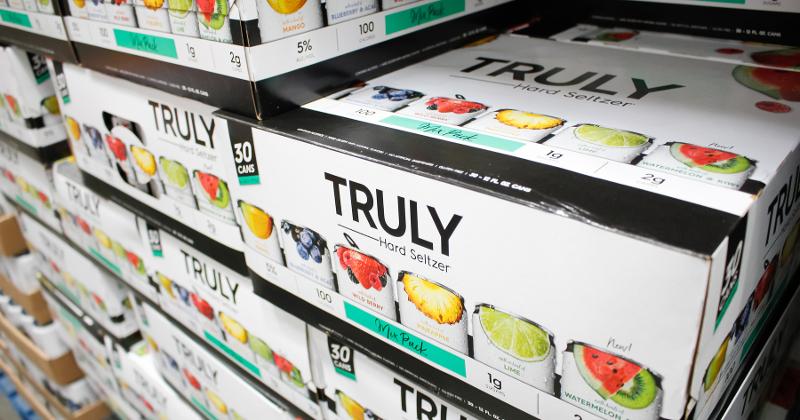 “The hard seltzer category slowdown is real … but more pronounced than we had originally thought given category confusion from overproliferation of SKUs and tough comps,” she said.

The on-premise channel for hard seltzers is growing, but not as quickly as previously thought, Herzog said. Truly Punch has also not had the success Goldman Sachs thought it would, she said, noting Boston Beer confirmed the brand has not added as much volume as expected while cannibalizing its other brands more than anticipated.

"We overestimated the growth of the hard seltzer category in the second quarter and the demand for Truly, which negatively impacted our volume and earnings for the quarter and our estimates for the remainder of the year,” Dave Burwick, Boston Beer’s president and CEO, said. “We increased our production of Truly to meet our summer peak and have had lower than anticipated demand for certain Truly brand styles which has resulted in higher than planned inventory levels at our breweries and increased supply chain costs and complexity. At the same time, we have been experiencing out of stocks on certain of our can products, most significantly on our Twisted Tea brand family.”

Boston Beer will continue to invest behind all its brands, with a particular emphasis on Truly and Twisted Tea, Jim Koch, chairman and founder of the company, said.

“We recently announced plans to develop new innovative beverages with Beam Suntory that we are planning to launch in early 2022,” Koch said. “We believe these new beverages will further demonstrate our ability to innovate and grow our business as drinker preferences evolve. We remain highly positive about the future growth of our brands and that our diversified brand portfolio continues to fuel double-digit growth."