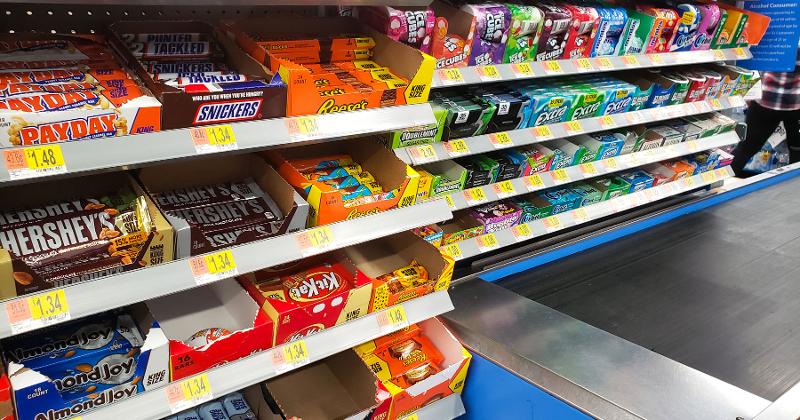 CHICAGO — The U.K. is saying goodbye to two-for-one candy deals at the checkout, among other new restrictions.

Bans on promotions of unhealthy foods and beverages will affect retailers more than 2,000-square-feet in size by April 2022. And while some of the new rules—like not allowing free refills on sugary drinks—might sound far out, similar measures have already been tried or enacted in the United States.

Could there be a future in the states where a convenience store is no longer allowed to have a two-for-one deal on energy drinks? Or bags of chips? I know many c-store retailers and manufacturers would fight against it.

And that’s because promotions sell.

In announcing the new regulations, the U.K. Department of Health and Social Care said promotions increase purchases of promoted products by almost 20%.

I’m not sure what that number amounts to in the United States, but I imagine it’s similar and depends on the product.

Unhealthy promotions can also no longer be featured in key locations in the U.K., such as checkouts, store entrances and aisle ends. Some retailers, like specialty chocolate shops, will be exempt.

The rules will take effect in April 2022 and are designed to “support the nation to make healthier choices,” according to the U.K. Department of Health and Social Care. The department is using a 2004 to 2005 nutrient profiling model to define whether a product is unhealthy, which it defines as being high in fat, salt or sugar.

I reached out to Steven Montgomery, president at Lake Forest, Ill.-based b2b Solutions LLC, when I saw he had shared the U.K. news on LinkedIn. Montgomery, whose company specializes in working with retailers and suppliers in the convenience retail industry, said it’s not surprising that other countries are considering how to attack obesity.

Everything they’re doing, he said, is trying to make the products less desirable. “They may or may not work,” Montgomery said, adding people can still find unhealthy food if they want to.

He said he wouldn’t be surprised if further restrictions came to the United States because similar efforts to steer customers toward healthier items have already happened.

In Cook County, the county Chicago is part of, for example, the sweetened beverage tax was passed in November 2016. By December 2017, it was repealed following mounting complaints from residents unhappy about the tax increase.

A more recent example that strikes resemblance to the U.K.’s new regulation is in Berkeley, Calif. Starting in March, stores more than 2,500 square feet can only sell food and drinks at the checkout area with no more than 5 grams of added sugars and 200 milligrams of sodium per labeled serving.

Realistically, I see similar rules to the U.K. being enacted in local municipalities or states in the United States rather than country-wide legislation. And while this would likely cause a blow to c-store’s sales, just remember, like in Chicago’s case, there’s always a chance to change the rules.

Where Do Energy Drinks Stand During the Pandemic?

Candy Rebounds on the Back of Gummies