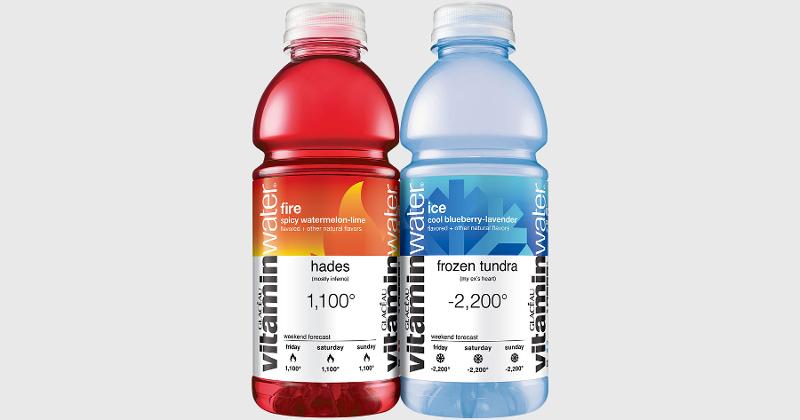 Vitaminwater Fire is a Spicy Watermelon Lime flavor “inspired by Hades’ 1,100-degree domain,” according to the Atlanta-based company.

The drink is made with “a touch of jalapeno and habanero flavors” that provide mild heat and spice to “create a fire in the mouth and throat by inciting a slight tingling sensation,” the company said.

Vitaminwater Ice is a Cool Blueberry Lavender flavor “sourced from the frozen tundra at -2,200 degrees,” the company said.

Vitaminwater Ice provides a blast of blueberry and lavender flavors that “can best be described as ice cold,” the company said. The cooling effect extends from the mouth and into the nose to elicit “a refreshing feeling that mimics the experience of ice cooling.”

Both drinks are available in 20-ounce bottles and have 20 calories per bottle.