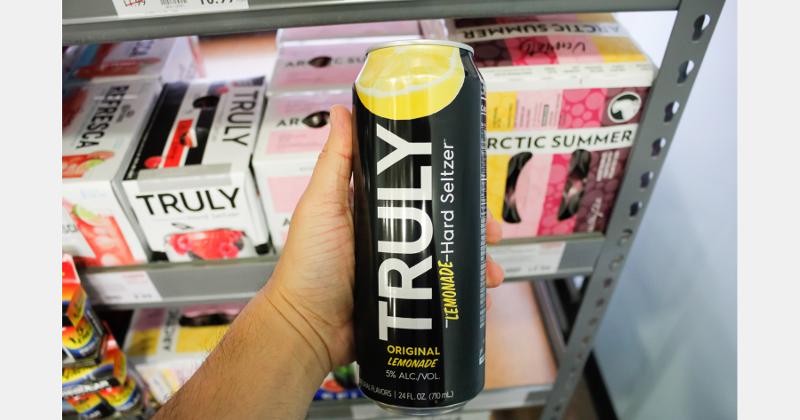 The hard seltzer segment, which makes up about 5% of the total alcohol category, was up 61.5% for the two-week period ending on March 6, New York-based Goldman Sachs Managing Director Bonnie Herzog said in a report.

Its growth is decelerating, though, Herzog said. Hard seltzers were up 71% for the last four weeks and nearly 77% for the past 12 weeks.

Truly Lemonade Seltzer, from Boston-based Boston Beer Co., has “held its own despite increased competition,” Herzog said. Its share was up to 7.5% year-over-year but down during the latest two-week period.

“While still early, beer distributors have been positive about all three brand extensions and expect them all to do well,” Herzog said.