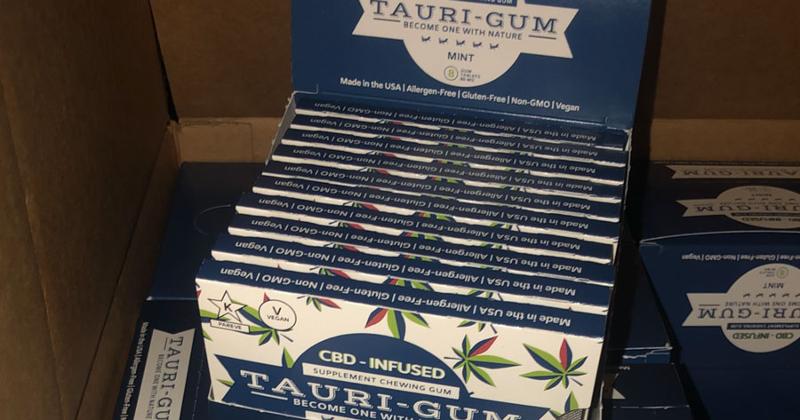 Tauriga Sciences expects Tauri Gum to be available in about 400 to 500 c-stores in New York by April 30, Shaw said.

“Our rollout is now accelerating, as we recently announced an initial $54,000 order from a major New York-based distribution company,” said Shaw. “We will be in many delis, newsstands [and] convenience stores in Manhattan [in April].”

Healthcare product producer Per Os Biosciences LLC, Hunt Valley, Md., manufactures the gum, and it is distributed a New York-based food supplier. Shaw did not mention the name of the distributor.

In December 2018, the U.S. Farm Bill essentially legalized products made from hemp that contain CBD oils, as long as they contain less than 0.3% tetrahydrocannabinol (THC), the psychoactive chemical in marijuana. Since then, CBD has enjoyed rapid market growth and is expected to reach $5 billion in sales by 2027, according to CBD research firm New Frontier Data, Washington, D.C.; however, there are still plenty of questions regarding its safety and legality, causing concern and hesitation among retailers to get involved.

To address any concerns, Shaw shared a letter with CSP from an undisclosed law firm that states Tauri Gum’s legality and quality assurance in accordance with the 2018 Farm Bill.

“It is our understanding [that] Tauriga intends to source the hemp, or derivatives therefrom, used in its products from a duly registered hemp cultivation operation,” the letter said. “Thus, Tauriga’s business plan and business model appears entitled to the protections afforded under the 2018 Farm Bill, the 2014 Farm Bill, the Spending Bill, and as confirmed by the Amicus Brief.”

Tauri Gum is available for a suggested retail price of $6 per pack, each of which contains eight circular-shaped, mint-flavored gum tablets. New York-based Tauriga is also in the process of creating Blood Orange and Pomegranate varieties, Shaw said. Tauri Gum is allergen- and gluten-free, non-GMO and vegan.