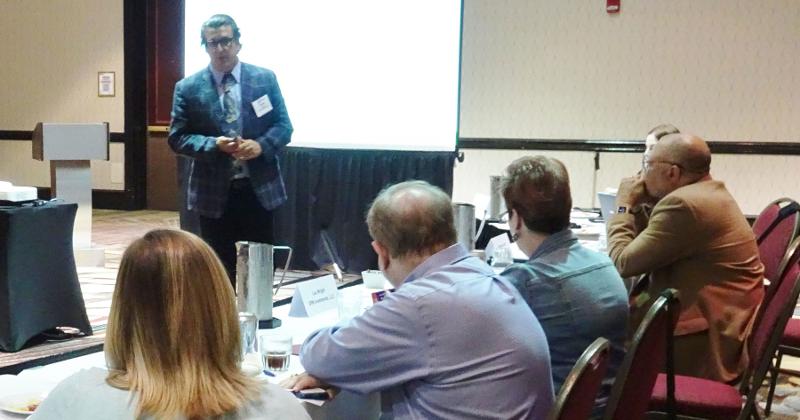 NORFOLK, Va. — Despite the legalization of hemp as part of federal legislation passed late last year, the challenges continue to swirl for retailers wanting to sell the increasingly popular hemp-derived medicinal remedy known as cannabidiols, or CBDs, which could affect a host of c-store categories from beverages to tobacco, according to a speaker at CSP’s Risk Management Forum.

Issues ranging from what retailers can sell legally to product quality remain, leaving many retailers having to make decisions amid the uncertainty, said Frank Herrera, managing attorney for H New Media Law, Miami.

Speaking on the opening day of the conference, which ran May 14-16, Herrera said regulatory issues still need sorting out, even though President Trump signed the Agricultural Improvement Act of 2018, also known as the Farm Bill, into law last December.

“There are inconsistencies between the states and with the federal government,” Herrera said, referring to host concerns ranging from the amount of tetrahydrocannabinol (THC)—or the psychoactive element in cannabis—is in an item to the actual legality of marijuana- and hemp-derived products. “At the same time, you don’t want to be on the sidelines, in a position where a competitor is eating your lunch.”

CBDs and hemp are filtering into a wide range of c-store categories both as stand-alone items and components of or ingredients in food, beverages or tobacco products.

Hemp and marijuana are similar, related plants, but the Farm Bill defines hemp as having 0.3% THC or less. One of the biggest concerns is that present testing methods differ by state and generally, the tests themselves “aren’t where they could be,” Herrera told about 30 retailer and supplier attendees.

The U.S. Food and Drug Administration (FDA) is also taking an active role in regulating CBDs and has been very vocal about prohibiting CBDs in food, beverages or nutritional supplements, he said.

Another concern lies with product liability and the possibility that a customer could become sick. Herrera echoed the theme of another conference speaker, Ryan Sullivan, corporate counsel for BIC Corp., Shelton, Mass. “Know your supplier,” Sullivan said during his presentation on product liability. “Trust but verify through vendor testing, certifications and insurance coverage to protect retailers.”

Herrera said retailers must vet their suppliers to make sure that growers and manufacturers have the proper certifications and use best practices in producing the final product.

“Good players come already having best practices that work well,” Herrera said. “That’s because when the FDA enters, [producers] will be ready for the [scrutiny].”

So You Want to Sell CBD?