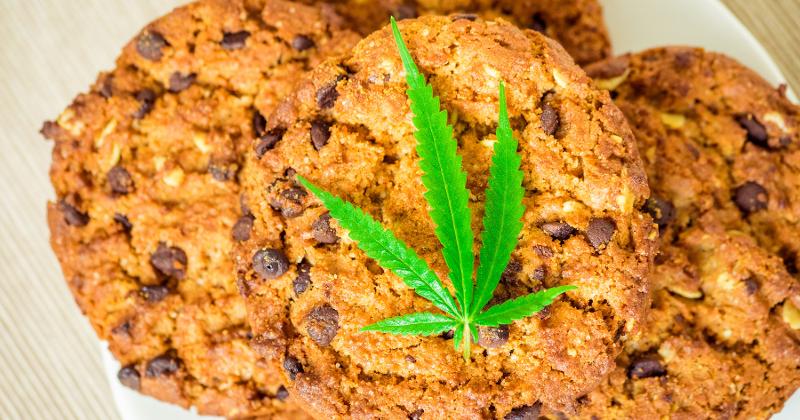 CHICAGO —Although it may take years to become as prevalent as regular potato chips or chocolate bars, cannabidiol (CBD)-infused snacks and candy are on the rise—and present big opportunities for U.S. retailers.

The U.S. snacking segment has experienced a 7.2% surge in compound annual growth rate (CAGR) dollar sales over the past four years in states where recreational cannabis is legal, according to research firm Nielsen’s new report Monetizing the Munchies: How Legal Marijuana Use Is Affecting the U.S. Snacking Industry. That number is only 6% in states where recreational cannabis is illegal.

And although the growth in candy is much smaller than that of snacks, the category is following the same trend. Candy experienced a 2% surge in CAGR dollar sales in states where recreational cannabis is legal during the same time frame while growing only 1.3% in states where recreational cannabis is illegal, according to the report.

“Marijuana consumption has been clinically and anecdotally shown to increase a consumer's appetite and enjoyment of food,” the report said. “And sales data from within the U.S. Census divisions where cannabis has been legalized for recreational use supports the munchies’ effect. Nielsen data shows that growth rates for both candy and snacks are rising faster in these areas than in geographies where cannabis has yet to be legalized for recreational use.”

For convenience-store retailers, the timing may be right for CBD-infused snacks and candy. But evolving legal regulations—some states and cities have ordered retailers to remove edible products containing CBD from their shelves—have many operators still figuring out how to approach the controversial ingredient, from shelving space to labeling requirements. These were hot topics during the FDA’s public hearing May 31 regarding CBD-infused food and beverages. Since then, the FDA has created a working group to spearhead the questions surrounding cannabis and CBD in food and beverages.