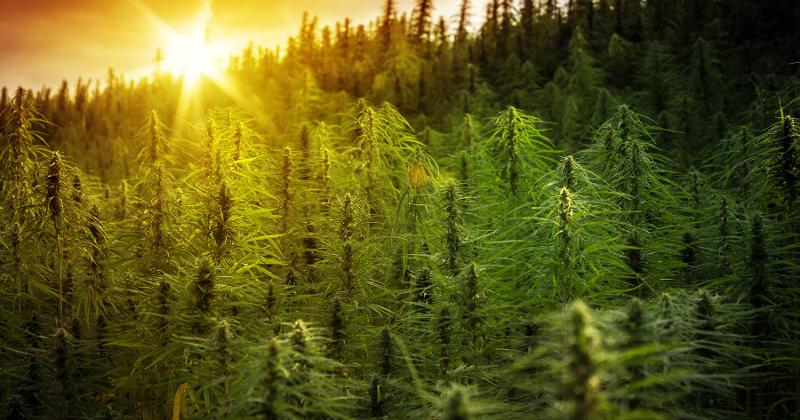 BOULDER, Colo. — The industry may be experiencing a reversal on hemp crops and pricing in the post-2018 Farm Bill world, according to the results of the 2020 Hemp Crop Survey.

The survey, conducted by The Jacobsen Publishing Co., a Boulder, Colo-based commodity-price reporting agency, surmises that high hemp prices, broad support of local governments and industry groups, and the passage of the 2018 Farm Bill led to tens of thousands of new acres dedicated to hemp—perhaps more than the market demanded.

“Pricing for hemp and derivatives was artificially high prior to the passage of the 2018 Farm Bill and remained so through planting last year,” the survey said, describing a “frenzied pace” of new hemp planting in the 2018-2019 seasons. “In July, the perception of oversupply, along with extraordinary inventories of derivatives, caused pricing to plummet.”

With a large percentage of those hemp crops being dedicated to making cannabidiol (CBD) products, an oversupply is not great for farmers, but could be welcome news for manufacturers and retailers looking to bring new customers into the category.

Historically, one major hurdle for CBD-curious consumers has been the price. New York-based Nielsen estimates that a CBD-infused pet product could cost more than three times that of a non-CBD infused product. A lower price on hemp means that some manufacturers have been able to pass that savings onto consumers.

Nancy Duitch, CEO of Los Angeles-based Sera Labs Inc., told CSP Daily News that one of the company’s biggest sellers this year has been 2-ounce bottles of pain relief cream. “Because price of hemp has gone down so much, we’re able to sell it at the same price as the one-half-ounce tube (with one-fourth as much CBD),” she said. “It’s really helping people by giving them a value proposition in CBD.”

This is especially important for new or potential CBD shoppers.

“The No. 1 concern that CBD consumers have is that they’re not getting proper value or a high-quality product,” said Miguel Martin, president and CEO of Natick, Mass.-based Reliva CBD. “A space that has had a lot of traction has been items that are less than $20, or even less than $10—so those who want to try CBD can do so without a significant investment.”

Still, according to retailers, that price drop has not yet come to fruition for them. Tyla Vercollone, CBD category manager for Duxbury, Mass.-based VERC Enterprises, said she has not seen much of a price change on the retail end, adding that “it is important to remember that CBD and hemp crops are not all the same.”

“There are increases in hemp licenses being issued nationwide,” she said. “We see that as a positive as it will allow for genetics to improve and for farming and processing businesses to improve in this economy. And yes, this will eventually allow CBD pricing to come down overall once the proper supply chain is there.”