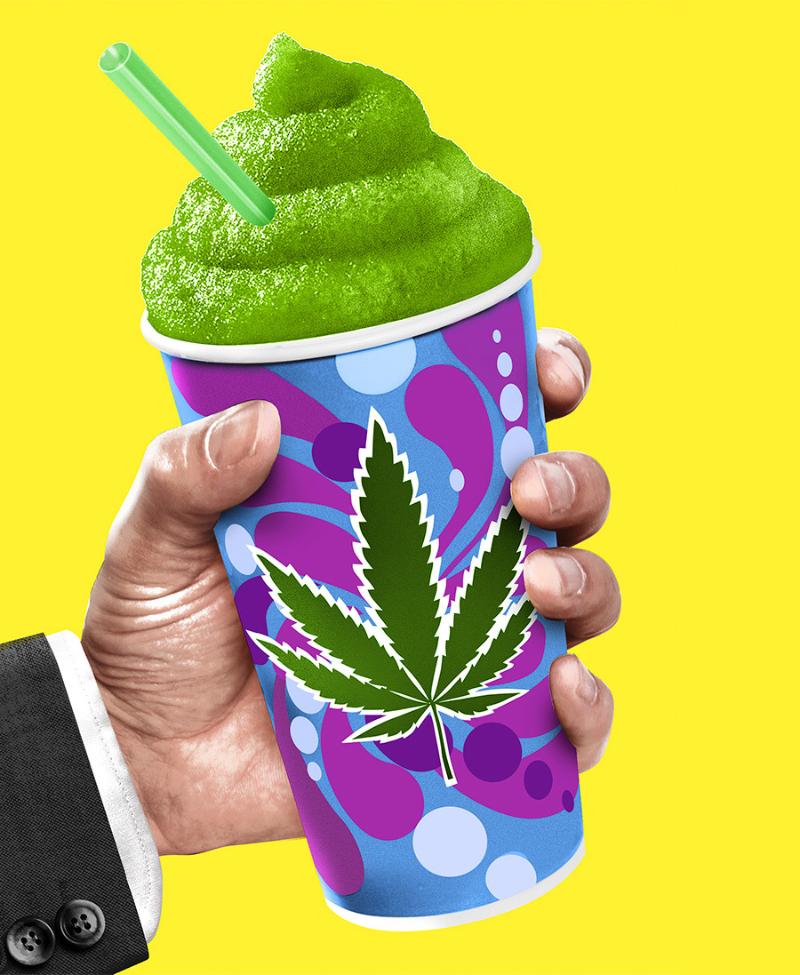 CHICAGO — By most indicators, the U.S. economy is stable and growing, said Nik Modi, managing director of RBC Capital Markets, New York, during a recent CSP Tobacco Update webinar. Gross domestic product has been growing at a respectable rate of 3%. Wage inflation is up, although it also means more money in people’s pockets. Borrowing continues to be cheap; in September, the Federal Reserve lowered interest rates by another quarter of a percent, while President Donald Trump has been pushing for a zero or even negative rate.

But some retailers question how long the good times will last.

Forsyth believes the United States is long overdue for a downturn and will be poorly equipped to deal with it when it happens.

“Interest rates are already so low, we can’t lower them much more to the stimulate the economy in recession,” he says. The federal budget deficit, which moved past $1 trillion in 2019, would restrict significant stimulus spending.

“If the next recession is long and hard, my fear is we don’t have ordinary measures to help pull ourselves out of that,” he says.

However, Forsyth expects Moto Inc., which has 79 MotoMart stores in six states, to survive any downturn, just as it has in past decades.

“We’ve been in business over 60 years. You never know what kind of year you’re going to have, because you never know what margin you’re going to make on fuel,” he says. “We’re always playing a very conservative game. Come what may, we can weather it.” Forsyth describes Moto’s play-it-safe strategy as “low growth, low debt,” with an emphasis on buying property instead of leasing.

Kwik Chek Food Stores in Texas has a focus on growing smartly—not quickly. This means carefully picking new store locations that meet its long-term foodservice goals. “We’re focused on fresh food,” says Kevin Smartt, president and CEO of Kwik Chek, Spicewood, Texas. “We want to find locations that give us a food-centric market and feel.”

With this moderating economic picture, more than half of Outlook Survey respondents plan to change their store count in 2020, with about 6 in 10 planning to grow by acquisition and new-to-industry sites. About one-quarter expect to sell stores, with most opting for small, strategic pruning.

Dee Dhaliwal, president of Dhaliwal & Associates, Pleasanton, Calif., plans to add to his store count of three sites in 2020 with one acquired location and one new build. He has also taken advantage of the past few years’ strong fuel margins to reinvest in his current locations, including replacing a car wash and making decorative updates. In his Silicon Valley markets, the local economy is strong. That said, when Dhaliwal looks at the global and national economy, he is a bit less certain.

“I am a little nervous about the trade war, in terms of the cost of goods going up, inflation,” he says. “Unfortunately, the knee-jerk reaction to that is, ‘Let’s raise the minimum wage.’ It’s a downward spiral.” (Starting in 2017, California began raising its state minimum wage in steps to reach $15 per hour by 2023.)

Smartt is also uneasy about the tariffs the United States has placed on China and other trading partners, and the volatility news of these moves add to the stock market.

“Any piece of negative bad news we hear sends stock down [for] a few days,” he says. “That uncertainty of fear, if a business person is planning on investments, is always challenging.”

A sense of unease is growing at a time when c-store industry foot traffic has been stagnating. According to the 2019 Outlook Survey, 62% of retailers saw flat or lower foot traffic in 2019 vs. 2018. Most respondents blame the erosion on consumers’ changing shopping habits and competition.

But shoppers’ economic conditions also appear to be flagging. Nearly one-fifth of convenience consumers say their personal financial situation has declined in the past six months, up 8 points from 2015, according to Technomic Inc.’s Q2 C-Store Consumer MarketBrief.

For c-store retailers attempting to boost sales in this environment, the big opportunities are in the store. Nearly 40% of Outlook Survey respondents cited cannabidiol (CBD) products for their growth potential, and 30% cited foodservice.

Independent retailer 36 Lyn in Minneapolis has dedicated a 2-by-5-foot fixture for CBD products, says Director of Operations Lonnie McQuirter. But the assortment is far from final. “It’s a new industry, and it will take some time to play out what will be premium, discount and a healthy balance in the middle,” he says. Also still playing out: the federal regulatory approach to CBD.

Meanwhile, e-cigarettes are being run through the regulatory gauntlet. As of press time, the U.S. Food & Drug Administration was finalizing its policy on flavored e-cigarettes, which would require any flavors other than tobacco to be taken off the market and then resubmitted for authorization.

“If they are only making vaping products [that are] cigarette-flavored … that is going to be a big problem,” Forsyth says, pointing out that adults enjoy flavors too.

While the short-term picture for e-cigarettes looks negative, the controversy could eventually subside, as it has for other popular products, Modi said. For example, in 2012, Monster energy drinks came under intense public scrutiny over possible ill effects. However, when data emerged that a can of Monster contained the caffeine equivalent of a 12-ounce serving of Starbucks coffee, the negative publicity began to wane, he said.

About half of retailers surveyed by CSP expect business conditions to improve in 2020, while the other half expects them to remain the same—or decline. Meanwhile, 62% have seen c-store traffic flatten or fall from 2018, with most blaming changing consumer shopping habits.

In your opinion, what is the main reason for the industry’s traffic decline?

Which new product or service offers the greatest potential for c-stores?

2019 Outlook Survey: A Vote for Growth