BROOKLYN, N.Y. -- After an internal sting that involved nearly 250 "secret buys," 7-Eleven Inc. has filed a lawsuit against Tariq Khan--former chairman of the National Coalition of Associations of 7-Eleven Franchisees (NCASEF) and currently the franchisee of five Long Island stores--claiming that he siphoned off hundreds of thousands of dollars for at least four years. 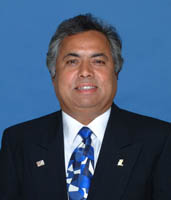 Khan is denying the allegations. He told CSP Daily News that "there is no truth to it," adding that "it's a political 'witch hunt'."

7-Eleven did not respond by press time for a request for comment on Khan's statements. Previously, a spokesperson would only refer CSP Daily News to the filed complaint.

As reported in two Raymond James/CSP Daily News flashes on Monday, the complaint, filed in federal court in Brooklyn, N.Y., on Friday, alleges that Khan, his wife, son and others have for years operated a "business within a business" at each of the five stores, diverting cash to buy merchandise inventory from suppliers and never reporting the invoices to 7-Eleven.

"Inasmuch as merchandise does not simply grow by itself on the shelves, the most viable explanation is that the Stores brought in merchandise that was not reported to 7-Eleven in violation of the Franchise Agreements," the company said in the complaint cited by the Associated Press. "Such anomaly is also indicative of a franchisee's operating a 'business within a business'."

In the lawsuit, 7-Eleven said it first noticed possible wrongdoing at one of the five stores during a routine review in 2010, according to the AP report. The company then launched an undercover operation, making 246 secret buys. In some of those purchases, the complaint said, Khan's employees would bypass the register for certain purchases, never reporting the received cash. In others, they would misidentify the product when entering it into the cash register to underreport the sale.

In one instance, Skoal Wintergreen chewing tobacco, which retails at $7.09, was recorded as a hot beverage refill at a listed price of $1.36, said the report.

Dallas-based 7-Eleven is seeking $1 million in damages and has ended its franchise agreement with Khan.

The company said that the defendants "have declined to voluntarily vacate the stores," according to the report.

"I'm still shocked," Khan said. "To begin with, I've done nothing in my life to cause any kind of embarrassment on myself or my family or my organization or my friends. To see action like that--all I can tell you is 'we'll see you in court.' … They will have to prove it that I did anything wrong. I'm one of those guys who is not even in the store for day-to-day operations."

The case is unrelated to that of nine 7-Eleven independent franchisees and related individuals charged with exploiting immigrant employees, indicted as part of a federal probe last week.

7-Eleven, the U.S. subsidiary of Seven & I Holdings, operates, franchises or licenses more than 10,000 7-Eleven stores in North America. Globally, 7-Eleven has approximately 50,000 stores in 16 countries. During 2012, its stores generated total worldwide sales close to $84.8 billion.