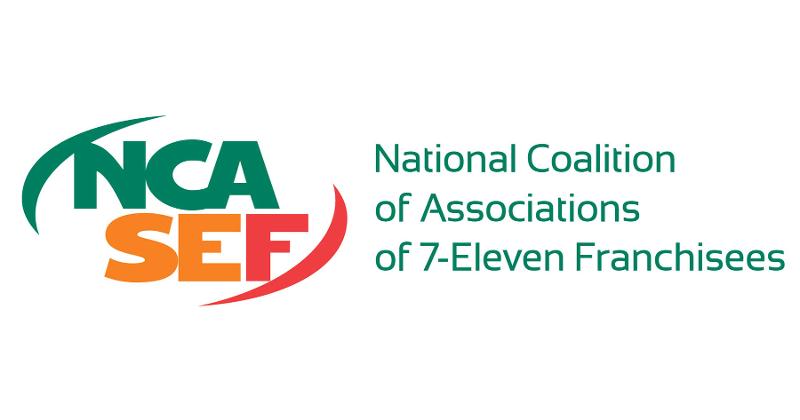 UNIVERSAL CITY, Texas — Members of the National Coalition of Associations of 7-Eleven Franchisees (NCASEF) are asking lawmakers to strengthen federal oversight of franchising to ensure independent operators of franchised businesses such as convenience stores and quick-service restaurants are not subjected to contractual terms that are inherently unfair, unconscionable or potentially predatory.

NCASEF is an elected, independent trade association representing more than 7,000 7-Eleven franchise owners in the United States. Its leadership met with senior staff members of the House Education and Labor Committee and with their home-state congressional delegations.

They detailed ways that, according to Universal City, Texas-based NCASEF, 7-Eleven Inc. treats its franchisees as employees instead of owners, and asked lawmakers to examine whether the agreements franchisees sign with 7-Eleven Inc. more closely represent an employment contract than a franchise agreement.

“Our message to members of Congress is that the playing field is slanted in favor of franchisors because of the heavily one-sided way franchise agreements are written,” said NCASEF Chairman Jay Singh, who was joined in Washington last week by members of his executive board and by franchise owner association leaders from around the country.

“These franchise agreements reflect the overwhelming imbalance of contractual and financial power wielded by franchisors,” he said. “We believe that the Federal Trade Commission’s Franchise Rule needs to be strengthened in order to better protect the interests of men and women who invest in buying a franchised business.”

The group also shared concerns of franchisees in Japan, where a shortage of service labor has created friction over keeping stores open 24 hours a day, seven days a week because franchisees are being pressed to work more than 100 hours a week, or close overnight and violate their franchise agreement. Many of the coalition’s leaders are concerned the U.S. labor shortage could lead to a similar situation.

The franchisees also produced a 326-page report from Australia’s Parliamentary Joint Committee on Corporations and Financial Services, which detailed instances of franchisor abuse in that country by 7-Eleven and other major brands. The report, in NCASEF’s opinion, showed that presale disclosure alone had not been successful in addressing opportunistic behavior by some franchisors.

“We have many times reached out to our franchisor in an effort to establish a good-faith dialogue based on mutual respect and transparency, but, unfortunately, we have not seen a positive response,” Singh said.

“We believe we can make real progress to better balance the franchise relationship when we go in and explain to members of Congress and their staffers how our business works. It is important for them to understand we are the ones who invest in local communities, provide jobs and pay local taxes, not the brands themselves,” said NCASEF Vice Chairman Michael Jorgensen. NCASEF will continue holding its May board meetings in Washington so it can provide updates to lawmakers, he said.

Irving, Texas-based 7-Eleven Inc. operates, franchises or licenses more than 68,000 c-stores in 17 countries, including 11,800 in North America. It is No. 1 in the Top 40 update to CSP's2018 Top 202 ranking of c-store chains by number of retail outlets. The retailer's iconic brands include Slurpee, Big Bite and Big Gulp.