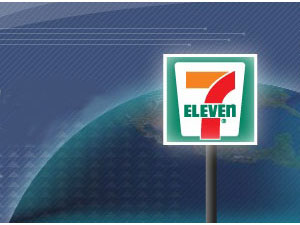 The expansion marks the company’s first stake in the Pacific Rim since 7-Eleven entered Indonesia in 2009.

7-Eleven’s entry into the country aims to enhance the convenience-store shopping experience for Vietnamese customers and contribute to modernizing small retailers in the world’s 13th most populous country.

Internationally popular products like Slurpee frozen carbonated beverages and Big Gulp soft drinks, as well as immediately consumable fresh foods, with recipes developed for regional tastes, will be part of the convenience offerings.

The number of 7-Eleven stores in the country will then be expanded to 100 in three years and to 1,000 in 10 years, according to the Tokyo-based news agency. Seven System Vietnam will receive product development and other know-how fostered in Japan from four employees seconded to the country by Seven-Eleven Japan, said the report.

Vietnam will be the 18th country or region where 7-Eleven stores operate. In addition to the United States, other countries include Canada, Mexico, Japan, Thailand, South Korea, Taiwan, China (including Hong Kong), The Philippines, Australia, Singapore, Malaysia, Indonesia, Norway, Sweden, Denmark and the United Arab Emirates, where its first 7-Eleven store will open early this autumn.