MOUNTAINSIDE, N.J. -- The U.S. Department of Labor's Wage and Hour Division is conducting a multi-year enforcement initiative focusing on the gas-station industry in New Jersey, where it has found consistent and widespread noncompliance with the minimum wage, overtime and record-keeping provisions of the Fair Labor Standards Act (FSLA). 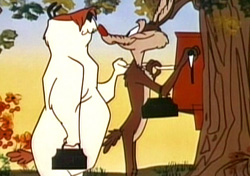 During fiscal year 2011, the division conducted 74 investigations of gas-station facilities throughout the state, recovering more than $1 million in back wages for 295 workers who were denied fair compensation for their work.

Sixty-nine of the establishments investigated were BP-branded. Non-BP stations whose owners also had BP stations were found to have similar violations.

Common violations found include paying workers below the federal minimum wage; paying a flat salary or "straight time" wages for all hours worked, without regard to overtime requirements; and paying cash wages "off the books," rather than maintaining accurate records of employees' wages, work hours and employment conditions, as required under the FLSA.

After being notified of the violations, BP Products North America Inc. issued a letter to each of its marketers in New York and New Jersey, reminding them of their legal responsibilities under the FLSA and encouraging them to review their pay practices and ensure compliance under the law.

"Employers are legally required to pay their employees for all hours worked," said Secretary of Labor Hilda L. Solis. "The Labor Department's initial findings in this enforcement initiative revealed a culture of noncompliance by gas stations in New Jersey that will not be tolerated. The Wage and Hour Division will continue to monitor this industry for continued compliance."

To assess compliance with all applicable labor standards among facility owners, operators, franchisees and other business entities associated with these establishments, the Wage and Hour Division is conducting thorough inspections of payroll records and employment practices, as well as employee interviews.

Other strategies include unannounced facility investigations; morning, evening and weekend surveillance of employers that might be committing violations; and involving the Labor Department's attorneys early in developing cases to pursue possible litigation.

In addition, the division is conducting outreach to employer and employee associations, community organizations, government agencies, unions and other stakeholders to engage their participation in promoting industrywide compliance with federal laws. The initiative is being led by the division's Northern New Jersey District Office.

The FLSA requires that covered employees be paid at least the federal minimum wage of $7.25 per hour as well as one and one-half times their regular rates of pay for hours worked over 40 per week. Additionally, the law requires that accurate records of employees' wages, hours and other conditions of employment be maintained.

“I want to be clear that most of the violations that were found were due to the way that wages were computed and not because employees were shorted wages. Although employees were paid the wages that they expected, [the Department of Labor] has found that additional wages should be paid because of the improper method of computation.”

“An employee that works 50 hours a week and is paid a salary of $500 for the week will be deemed to have been paid improperly and therefore the employer will be found to owe this employee $50 in additional wages for hours worked past 40 hours,” Risalvato said. “However, the same employee if paid $8.75 per hour and $13.12 per hour after 40 hours would have a gross pay of $481.20 yet be deemed to have been paid properly and not be owed any further wages.

“Unfortunately it is a customary practice for small businesses without payroll departments and human-resources personnel to simplify the computation of wages by computing the amount budgeted for that position in a lump sum form of salary, rather than breaking down the straight time and over time.”

He added, “I agree that employers who did not pay their employees at least the minimum wage of $7.25 as required by law should be required to pay the additional wages that their employees should have been paid. However, I am confident that very few minimum-wage infractions were found, purely because even in difficult times it is impossible to find workers willing to accept wages below the hourly minimum.”