DALLAS -- Alon Brands "continues to operate well, demonstrating continuous improvement with record results," Paul Eisman, president and CEO said during the Alon USA Energy Inc.'s third-quarter conference call. And the company is forging ahead with its store remodeling program. It has completed work on 41 stores, and "the results thus far are very positive, and they're meeting our expectations," he said. 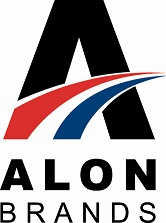 On the fuels side, "Branded fuel sales were up 12% over the same period last year," said Eisman. "We saw weakness in our wholesale markets in July, resulting in wholesale margins in the period of 5.5 cents per gallon, which is down from the 8.9 cents per gallon reported in the same quarter last year. These margins improved significantly, however, in August and September."

He said in a statement, "Our retail and branded marketing segment's strong performance continued in the third quarter with adjusted EBITDA [earnings before interest, taxes, depreciation and amortization] of $12 million and adjusted EBITDA for the last 12 months through September 30, 2011, of $42 million."

Alon USA Energy, Dallas, is an independent refiner and marketer of petroleum products, operating primarily in the South Central, Southwestern and Western regions of the United States. The Company owns four crude oil refineries in Texas, California, Louisiana and Oregon, with an aggregate crude oil throughput capacity of approximately 250,000 barrels per day. Alon is a leading producer of asphalt, which it markets through its asphalt terminals predominately in the Western United States. Alon is the largest 7-Eleven licensee in the United States and operates more than 300 convenience stores in Texas and New Mexico. Alon markets motor fuel products under the FINA brand at these locations and at over 600 distributor-serviced locations.