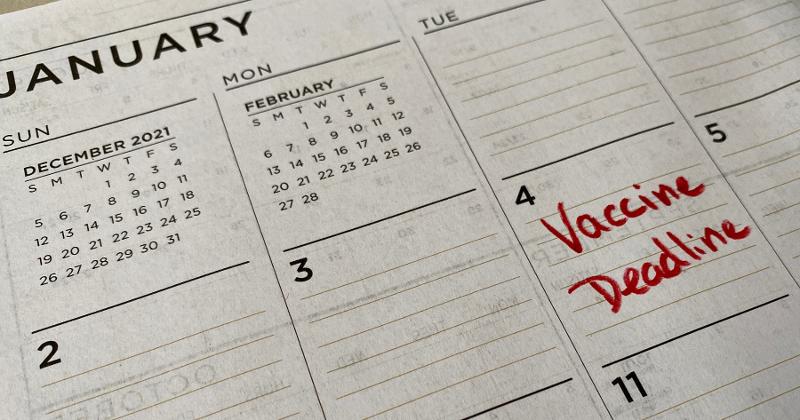 Under the mandate, convenience-store retailers, restaurant companies and other businesses with at least 100 employees would have had until Jan. 4 to ensure that their workers are fully vaccinated against COVID-19, the White House announced.

All unvaccinated employees at qualifying companies would have been required to wear face masks during their entire time at a workplace starting Dec. 5.

The U.S. Department of Justice had until 5:00 p.m. on Nov. 8 to respond to the petitioners’ motion for a permanent injunction. The National Association of Convenience Stores (NACS) urged affected convenience retailers to continue to prepare to comply, assuming that the court will not issue an injunction and that the 30- and 60-day deadlines will remain in place.

Convenience- and fuel-industry groups said that a mandate would pose problems for retailers already beset by pandemic-induced labor and supply chain issues.

The ETS “will have far-reaching consequences beyond the laudable objective of moving past the COVID-19 pandemic. It may complicate already fragile labor markets and create challenges for many businesses that are currently struggling to remain open,” NACS, the Energy Marketers of America (EMA), the National Association of Truckstop Operators (NATSO) and the Society of Independent Gasoline Marketers of America (SIGMA), said in a letter in late September to Jim Frederick, OSHA’s acting assistant secretary.

“The travel plaza and truckstop industry supports efforts to increase vaccinations in the United States, but a federal vaccine mandate will have a significant negative impact on our industry and its ability to keep truck drivers on the road,” Lisa Mullings, president and CEO of the National Association of Truckstop Operators, said when the mandate was announced. “NATSO members are a critical part of the supply chain and serve the nation’s truck drivers, who deliver life-saving vaccines. Losing additional employees on top of the current labor challenges could force some retailers to close their doors and lead to limited fuel supplies. Since the pandemic began, NATSO members recognized how important it was to keep their doors open to keep professional drivers on the road, delivering food and medical supplies. When the vaccine became available, truckstops and travel centers provided bonuses and paid time off for employees to get vaccinated.”

Mullins added, “We will continue to work with OSHA as it further reviews its rule to ensure that the vaccine and testing mandate does not further challenge those businesses that are struggling to remain open.”

Twenty-six states are contesting the vaccine mandate. Several coalitions, includeing 25 attorneys general and one solicitor general, have filed petitions with federal appeals courts asking for the mandate to be blocked, according to a report by The Hill.

One, led by Missouri Attorney General Eric Schmitt and including 10 others, have filed a lawsuit in the 8th Circuit Court of Appeals in St. Louis, claiming that the requirement is “unconstitutional, unlawful, and unwise” and that it “infringes on the states’ powers.” It also claims that OSHA was not authorized to put such sweeping federal public health regulations in place.

A separate coalition of Republican attorneys general also filed a petition with the 6th Circuit Court of Appeals, also arguing that OSHA has neither the constitutional or statutory authority to implement the rule, the report said.

“OSHA’s vaccination mandate represents a real threat to individual liberty,” West Virginia Attorney General Patrick Morrisey said in a statement on Friday. “As we have seen throughout the country, it is also a public policy disaster that displaces vulnerable workers and exacerbates a nationwide shortage of front-line workers, with severe consequences for all Americans.”

That coalition, which also includes the states of Kentucky, Idaho, Kansas, Ohio, Oklahoma and Tennessee, also asked for a stay on the mandate and for the emergency temporary standard to be reviewed by the court.

Two other coalitions have also filed lawsuits with federal appeals courts. One coalition is made up of Texas, Louisiana, Mississippi, South Carolina and Utah. Another one includes Alabama, Georgia and Florida.