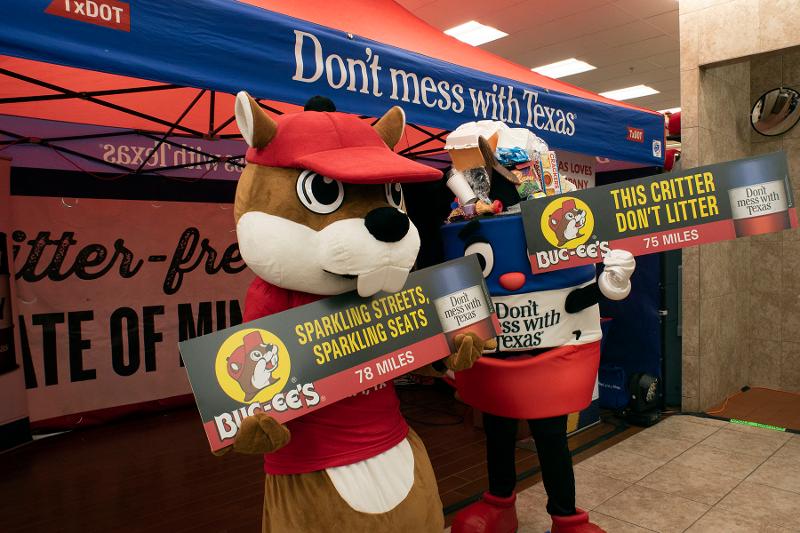 AUSTIN, Texas — Convenience-store retailer Buc-ee’s and the Texas Department of Transportation (TxDOT) have teamed up to fight litter in the Lone Star State.

Drivers also will see reminders of the campaign at Buc-ee’s stores across Texas, including “Don’t mess with Texas” trash barrels, cross-branded merchandise and signage educating visitors to properly dispose of trash to keep Texas litter-free.

The collaboration will also extend into the community. The two brands are teaming up on education initiatives shared in schools to teach younger generations the importance of keeping Texas clean. Both brands also will work together to host trash cleanups in Texas communities.

“We want Texas’ roads to be as clean as Buc-ee’s restrooms,” said Buc-ee’s founder and owner Arch “Beaver” Aplin. “Texans are proud of their state, and we at Buc-ee’s are proud to be Texan. We look forward to sharing the litter-free message with travelers as they ride along our great Texas highways.”

Litter remains a problem in Texas. Approximately 362 million pieces of visible litter accumulate on Texas roadways each year, according to Austin-based TxDOT. The most common forms of litter are food or organic material such as banana peels and apple cores, cigarette butts and small pieces of paper such as receipts and gum wrappers. Those who litter can face a fine starting at $500 and up to $2,000.

The Texas Department of Transportation is responsible for maintaining 80,000 miles of road and for supporting aviation, rail and public transportation across the state. The “Don’t mess with Texas” campaign has been educating Texans about litter prevention since 1986. It is the signature initiative for TxDOT’s litter prevention programs, which include Adopt-a-Highway, a grassroots partnership with Keep Texas Beautiful and the community outreach and cleanup event called the “Don’t mess with Texas” Trash-Off.

With 34 convenience stores and travel centers in Texas and one c-store in Alabama, Lake Jackson, Texas-based Buc-ee’s Ltd. is No. 189 in CSP’s2019 Top 202 ranking of c-stores by number of retail outlets.