BOSTON -- A Peabody convenience store and its owner have been fined more than $43,000 for failing to properly pay an employee in violation of the state’s wage and hour laws and for failing to keep accurate payroll records, Attorney General Maura Healey has announced. 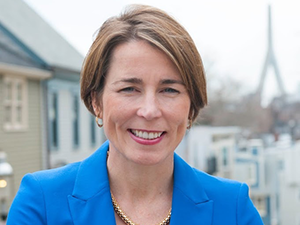 Ad Market Inc., doing business as Peabody Market, and its president, Azhar Ali, have been fined more than $32,000 in restitution for failure to pay minimum wage and failure to pay proper overtime to an employee. They were also fined $6,400 in penalties, along with an additional $5,000 penalty for failure to keep accurate payroll records.

“This business repeatedly took advantage of an employee by failing to pay him the hard-earned money he was owed in exchange for providing temporary living accommodations in a broken walk-in cooler,” Healey said. “Our office will continue to fight on behalf of our most vulnerable workers to make sure that they do not fall victim to unfair and exploitative employment practices.”

In May 2014, the AG’s Office began its investigation of Peabody Market, following a complaint from a former employee. The office determined that, from August 2012 to March 2014, the complainant worked as a clerk handling various duties at the store. In place of the legally required minimum wage, the market provided temporary accommodations for the employee to reside inside a broken walk-in cooler at the store for the majority of time he worked there.

The investigation revealed that he frequently worked in excess of 100 hours a week, but was only sporadically compensated for this work. The AG’s investigation found that Peabody Market also failed to keep true and accurate payroll records.

Industry Views: A Challenge for Our Industry