LAVAL, Quebec -- With annual profits topping $1 billion for the first time, Alimentation Couche-Tard Inc., which logged its eighth year in a row of “record-setting” earnings, is focusing on its push to rebrand most of its chains to the refreshed, global Circle K brand. 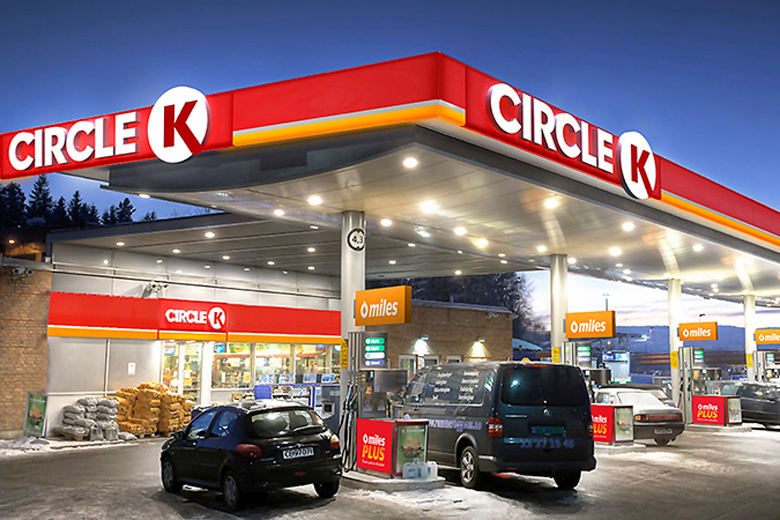 The company announced in September that it would consolidate its Circle K, Statoil, Mac's and Kangaroo Express retail brands under one banner, creating a new, global Circle K convenience brand.

Couche-Tard has “really begun to see the momentum” of the new Circle K rebranding, beginning in the Southeast United States and in Sweden, said Brian Hannasch, president and CEO, during the company’s fiscal fourth-quarter and year-end 2016 earnings call.

As of the end of the quarter, it had rebranded more than 400 sites in the United States.

“The landscape is changing in the U.S. as hundreds of our signs bearing our global Circle K brand begin to light up our stores,” Hannasch said. “But we’re committed to make this more than a sign exercise, and we can already see that our new global Circle K positions better than ever to reap the benefits of our worldwide best-practice sharing.”

He continued, “The former Pantry Kangaroo Express-branded stores in these areas are among the first. Beyond changing signs, we’ve introduced some of our global Circle K concepts into these stores, including Polar Pop and Simply Great coffee, with great initial success.”

As the quarter ended, it also began the rollout of the Circle K brand in Europe, and as of May 3, the company started replacing the Statoil brand in Norway, Sweden and Denmark, at a rate of about one store per day in each country.

“Giving up one of Scandinavia’s best-known and respected retail brands hasn’t been done without risk,” Hannasch said. “And while it’s still very early, we’re seeing promising results from our rebranded sites. I’m optimistic that we’ll be able to retain the strength of the old brand and go on to make the Circle K brand even stronger than Statoil in the years to come.”

Circle K was new in Scandinavia, so Couche-Tard’s “approach was more intensive there than what [it is] doing in North America,” said Hannasch. It encompassed a “full array” of media, employee training and grand openings.

“We’ve encouraged each site to come up with its own approach as to how they will launch the brand at their location,” he said. “We’ve seen some really exciting and interesting ways that they’ve done that.”

In the United States, the rebranding has been largely in the company’s Pantry geographies, with some heritage Circle K sites in the rebranding mix. “In those markets, it’s a lot of the same—it’s local advertising, it’s billboards, it’s media, a lot of on-site [point of purchase], and local grand openings as well,” Hannasch said.

The company is learning from customer reactions how to handle the rollout in all of its markets. “In terms of sharing—this is a learning process,” he said. In the United States, “we’re 400 sites in, [with] several thousand to go, so we’ve got a team that is overseeing what we call our ‘skyfall launch,’ our brand launch, and they’re sharing not only within business units in North America, but also sharing between Europe and North America about what’s working well. So we think we’ve got a good process laid out to continue to get better as we refine this going forward.”

On the fuel side, the company completed a review of its fuel branding and supply and distribution strategy for the Southeast during this past fiscal year and, as a result, decided to change the fuel branding of more than 1,000 sites in that region. About 85% of The Pantry fuel volume is now from new agreements, said Hannasch.

But “it’s one thing to put the fuel in the tank and to bag a sign, which is literally what we do to make the rebrand happen quickly,” he said. The chain is benefiting from the change, but it is not getting the full effect of new imaging “and the quality look that we will see when we finish that. That will be a process of rebranding those 1,100 sites that will take us through early fall to complete.”

In addition to rolling out our refreshed Circle K identity to North America and Europe, Couche-Tard is working on its international licensees to make the brand truly global. On July 30, 2015, it signed an agreement with Circle K South America to brand more than 700 of its existing Extra locations in Mexico under the Circle K banner by August 2017. This agreement will increase the number of Circle K stores in Mexico to more than 1,100 sites by August 2017, going on to encompass at least 2,400 sites by 2030, the company said.

Laval, Quebec-based Couche-Tard’s network comprises 7,888 convenience stores throughout North America, including 6,490 stores with fuel. Its North American network consists of 15 business units, including 11 in the United States covering 41 states and four in Canada covering all 10 provinces. In Europe, Couche-Tard operates a broad retail network across Scandinavia, Ireland, Poland, the Baltics and Russia through 10 business units. As of April 24, 2016, it comprised 2,659 stores, most with fuel. Nearly 1,500 stores are operated by independent operators under the Circle K banner in 13 other countries or regions worldwide (China, Costa Rica, Egypt, Guam, Honduras, Hong Kong, Indonesia, Macau, Malaysia, Mexico, the Philippines, the United Arab Emirates and Vietnam). These bring Couche-Tard’s total network to close to 12,000 sites.