OVERLAND PARK, Kansas -- In what the court itself is calling a “complex” case, Gas-Mart USA Inc. has filed a Chapter 11 voluntary bankruptcy petition in U.S. Bankruptcy Court in the Western District of Missouri. 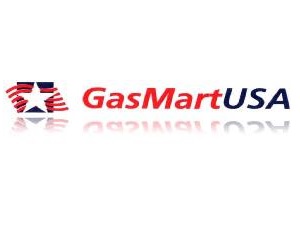 On July 2, 2015, Gas-Mart shareholders, or debtors, filed four separate voluntary petitions for relief under Chapter 11 of the bankruptcy code. Each debtor remains in possession of its assets and continues to operate as debtor-in-possession.

Sopinki has filed a motion to dismiss the bankruptcy or appoint him Chapter 11 trustee.

On July 2, Tittle commenced this bankruptcy case. These filings were initiated by 50% of the shareholders of Gas-Mart (David George, Michael George, and George Family Trust). The other 50% shareholders are the Abraham J. Gustin Revocable Trust and Gregory J. Gustin (Abe Gustin died in 2010, and the redemption of his trust’s 25% interest in Gas-Mart and G&G Enterprises has been the subject of litigation for over three years in the District Court of Johnson County, Kansas, also involving the alleged misappropriation of funds from G&G Enterprises by the Georges).

The court documents allege that Tittle “did not like having to work under Sopinski.” Tittle met with and Sopinski in late June to discuss restructuring plans that Tittle was supposed to be formulating. Tittle told Sopinski that he wanted to buy the business after it got turned around with the Georges as his partners, and that “Sopinski’s salary should be cut in half because the company could not afford both of their salaries and he was not really necessary.”

Overland Park, Kansas-based Gas-Mart USA, a high-volume distributor of motor fuel sold under the Phillips 66 and Conoco brands, has 108 convenience-store and gas-station locations in Illinois, Wisconsin, Indiana, Iowa and Nebraska.