HOUSTON -- Concerned Pantry Shareholders (CPS), a group "dedicated to maximizing shareholder value and improving corporate governance at [The] Pantry," announced its intention to seek the election of what it says are three independent, highly qualified director candidates to the board of The Pantry Inc. at the upcoming 2014 annual meeting of shareholders. 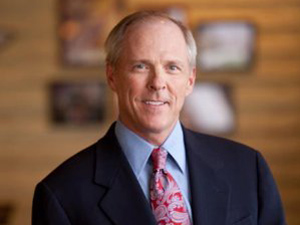 CPS is made up of JCP Investment Management LLC and Lone Star Value Management LLC, together a significant shareholder of The Pantry with aggregate ownership of approximately 1.9% of its outstanding shares.

As reported in a 21st Century Smoke/CSP Daily News Flash, after discussions between The Pantry management and selected directors and CPS, the company's Corporate Governance & Nominating Committee reviewed several individuals put forward by CPS and determined that they should not be nominated by The Pantry to serve on the company's board.

"After carefully evaluating several individuals put forward by the dissident group, we have determined that they do not possess the particular experience and expertise that the company is seeking in director candidates at this time," the Cary, N.C.-based retailer said in a statement it issued following CPS' announcement.

Click here to view additional CSP Daily News coverage of The Pantry's board battle. And click here for a Pantry insider's view of the "coup" attempt.

In its own statement, CPS said:

"In our view, Pantry is deeply undervalued as a result of poor investment and operational decisions that have destroyed shareholder value. We believe substantial shareholder representation is needed on the board to ensure that appropriate actions are taken to drive better financial performance and create value for all shareholders. …

"The current board has presided over a prolonged underperformance. Pantry has had four CEOs in the past five years and continues to lack a strategically coherent plan to stop the value destruction. Pantry's total shareholder returns over the last one-, three-, five- and 10-year periods on an absolute basis and relative to its peers and the S&P 500 Index have been abysmal. The company has delivered negative returns to shareholders over many consecutive years.

"We are also troubled by the multiyear declines in cash flows in the fuel business, as well as the significant capital spending program of over $100 million for 2014 which, based on historical returns on capital, will likely not produce incremental EBITDA. We understand that senior management is new, and while we hope that they can turn the company's performance around, we believe that a successful turnaround of Pantry can only be achieved where there is effective oversight by a board which includes highly qualified shareholder representatives. …

"We believe Pantry's board is stale with only one addition (Kathleen Guion) in the past eight years. All other directors have at least seven-year tenures and some have served on the board for over 10 years. …

"Pantry does not maintain a policy that requires any minimal ownership of the company's stock by its directors. In our view, it comes as no surprise that with such minimal investment in the company, the members of the current board do not think like owners when it comes to the significant outlays of shareholder wealth under their stewardship."

JCP is an investment firm based in Houston that engages in value-based investing across the capital structure. JCP follows an opportunistic approach to investing across different equity, credit and distressed securities largely in North America.

Lone Star, based in Old Greenwich, Conn., is an investment firm that invests in undervalued securities and engages with its portfolio companies in a constructive way to help maximize value for all shareholders. It was founded by Jeff Eberwein, who was formerly a portfolio manager at Soros Fund Management and Viking Global Investors.

The Pantry Under Siege