HOUSTON – Contending that CST Brands Inc. is not creating sufficient value, stakeholder JCP Investment Management LLC said it intends to put forth a slate of candidates for the convenience-store retailer’s board of directors at the company’s annual shareholders’ meeting expected in June. 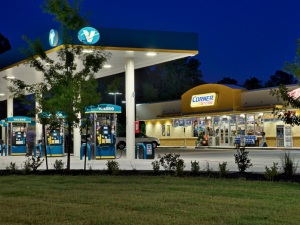 The move is the latest in a three-month battle centered on the performance of the San Antonio-based retailer, which in recent months has broadened a new foodservice program, unveiled a new store look and undertaken initiatives to boost shareholder value.

But on Wednesday, JCP, which played an active role in replacing part of the board at The Pantry, said it remains disappointed by CST’s lack of progress on its operational initiatives and believes that “there is tremendous value and opportunity to be realized in the company.”

JCP is calling for “new, independent directors with fresh perspective, industry experience and capital allocation backgrounds,” it said in the press statement announcing its intentions. It “has identified potential nominees with direct and relevant experience in the convenience-store industry, including individuals with a broad range of retail and restaurant company experience who have strong ties to Texas, where most of CST’s business occurs.”

It did not name those potential candidates.

“JCP looks forward to a constructive engagement with the board,” the investment firm said Wednesday. “However, if no agreement can be reached, JCP intends to formally nominate and pursue the election of its nominees to the board and more fully engage with CST’s shareholders regarding its plans for the company.”

CST declined to comment directly on JCP’s announcement, but provided the following statement to CSP Daily News: “CST’s board and management team are committed to acting in the best interests of the company and all its stockholders. As always, the company is open to the perspective of its stockholders, with a focus on enhancing long-term value for all stockholders.”

In a letter dated Dec. 22, 2015, to CST president and CEO Kim Lubel and the CST board, Houston-based JCP said, “Over the past several months, members of our group have discussed with you various issues we believe have plagued CST's operating and share price performance.”

Addressing the release of the letters and sale rumors at the time, Lubel said in a memo to employees, “You may have heard or read recent rumors regarding our company.”

“This is something many publicly traded companies face,” she said. “Don’t let market rumors distract you. … As a public company, our shareholders depend on us every day to create value by superior execution. We have to continue to push harder than ever to be industry leaders.”

The company is staying the course on implementing its existing strategic plan.

Just last week at the company’s year-end and fourth-quarter earnings call, Lubel said, “We continue to look for other opportunities to increase shareholder value. We plan on continuing to refine our operational platform, including our made-to-order food and grocery program, and we will continue our efforts to lift our overall sales and margins.”

JCP captured attention in the c-store channel when as a stockholder of southeastern convenience-store chain The Pantry, it pursued a similar battle in 2014 over the composition of its board and its strategic direction.

JCP and another investment firm, Lone Star Value Management LLC, formed Concerned Pantry Shareholders (CPS), accusing management at The Pantry of failed leadership and lack of a viable strategy, among other concerns.

In The Pantry’s case, dissenters saw a company in a fiscal tailspin, a chain whose glory had long passed and where many mid and upper-level officials had either left or were actively courting other positions.

CST is, by all accounts, fiscally and organizationally stronger than The Pantry. And while some analysts agree that the company has yet to find a sustainable growth strategy, they also praise the company for its acquisitions and its new store reimaging and design program, as well as for beginning to leverage a superior foodservice program it inherited from its acquisition of Canastota, N.Y.-based Nice N Easy Grocery Shoppes.