SAN ANTONIO -- Defusing the immediate challenges to its board of directors by shareholder groups, CST Brands Inc. announced that it is starting an "exploration of strategic alternatives" to further enhance stockholder value, including a possible sale of the company. The strategic review process will be comprehensive and will include a fresh look at several of CST's initiatives and plans. 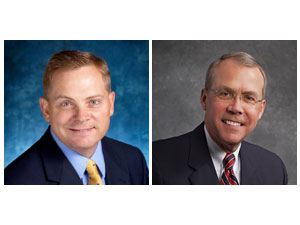 "We believe there continues to be a disconnect between CST's intrinsic value and the price of our common stock in the public equity markets. For this reason, our board of directors is initiating a process to explore and evaluate a wide range of strategic alternatives," said Kim Lubel, president and CEO of CST Brands.

To facilitate the review, the board will oversee the process through a committee of outside, independent directors.

As reported in a McLane Co./CSP Daily News Flash, CST has also entered into an agreement with shareholders JCP Investment Management and Joshua Schechter by which Thomas W. “Tad” Dickson, former chairman of The Pantry Inc., and an agreement with Engine Capital LP by which Rocky B. Dewbre, former senior executive with Sunoco LP, were each appointed to the CST board, effective immediately.

Because of these appointments, JCP and Engine have agreed to withdraw plans to nominate candidates for election to the CST board at the 2016 annual meeting.

“Over the past several months, one of our major goals as a board has been to add key skill sets and further diversify and strengthen our board’s breadth of experience," Lubel said.

“By coming to this agreement with [JCP and Engine], CST will be able to focus on enhancing value for its stockholders and continuing to grow the business as the board conducts the strategic review,” she told CSP Daily News. “We are in the early stages of this strategic review process. It will take some time before we know its outcome or how long it will take."

Lubel added, "Tad Dickson and Rocky Dewbre bring tremendous experience in retail and energy to CST and to our board of directors. I am thrilled that they have joined us to further strengthen CST, particularly as we begin the process of a strategic review.”

"I am honored to be a part of the CST board and will do my best to work with the entire board to effectively represent the interests of shareholders," Dewbre told CSP Daily News. "CST has great assets and many talented people, and I am excited about my involvement with the company."

"We are pleased to have worked collaboratively with the board and management team to reach this agreement," James Pappas, managing member of JCP, said. "We strongly support the board’s decision to pursue strategic alternatives that are in the best interest of both stockholders and this Texas-based company. We are confident that the addition of Tad to the CST board will be of great value in this strategic review and the board’s efforts to enhance stockholder value.”

Joshua Schechter said, “We believe Tad Dickson will be an outstanding addition to the board of CST. Tad’s experience as a retailer, executive and director is second to none.”

Arnaud Ajdler, managing partner of Engine, said, “We are happy that the company is adding Rocky Dewbre and Tad Dickson, two highly qualified directors, to its board of directors and at the same time initiating a strategic review process to maximize stockholder value. This is a good outcome for stockholders.”

CST Brands is one of the largest independent retailers of motor fuels and convenience-store merchandise in North America. Based in San Antonio, it has more than 2,000 locations throughout the southwestern United States, Georgia, Florida, New York and eastern Canada offering a broad array of convenience merchandise, beverages, snacks and fresh food. In the United States, CST Corner Stores sell fuel and signature products and packaged goods, U Force energy and sport drinks, Cibolo Mountain coffee, FC Soda and Flavors2Go fountain drinks. In Canada, CST is the exclusive provider of Ultramar fuel and its Dépanneur du Coin and Corner Stores sell Transit Café coffee and pastries. CST also owns the general partner of CrossAmerica Partners LP, a master limited partnership (MLP) and wholesale distributor of fuels, based in Allentown, Pa.