GOODLETTSVILLE, Tenn. -- Discount chain Dollar General will roll out a new prototype in 2016 that sounds an awful lot like a convenience store. The dollar channel has always been the poor cousin to traditional convenience-store channel, but in recent years, the major players have been upgrading their merchandise mix to include groceries, beer, cigarettes and more. 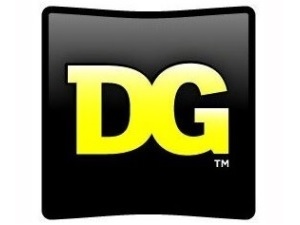 “Our new store prototype will be rolled out in 2016 for all new stores, relocations and remodels,” Todd J. Vasos, CEO and director of Dollar General, said during the company’s second-quarter 2015 earnings call. “The format will allow for a more customer-friendly shopping experience and in this prototype, the consumer will be able to and have faster, more convenient checkout, an attribute that is a high priority for our core consumer. We have value engineered the design to be capital efficient and easier to operate for our store teams. Given the early results from our test, we are encouraged about the prototype.”

Dollar General previously rolled out an upscale version dubbed DG Markets, as well as the Plus format, both of which offer a wider variety of groceries, perishables, frozen foods and merchandise selections than at a typical Dollar General store.

“We continue to use DG Markets as a test lab, continue to learn in those stores,” he said. “Some of the pieces that you'll see in our new store prototype in 2016 [were] generated from the Market store concept and the Plus concept.

As for the new prototype, Vasos said “the store will visibly look different to the consumer. They will definitely see a difference as they walk in the store. The checkout area is a big, big difference and a departure from where we've been, but really is consumer-centric. And I could tell you that all of the work that we've done around this and as you can imagine here at Dollar General, we don't do anything without bringing our consumers along with us. ‘She’ loves that new front-end, that new prototype.”

He said that investments will come in areas such as cooler expansion, but that the team “looked at ways to pull costs out of the build, as well as the investments inside the box, to help offset that.”