BRENTWOOD, Tenn. – Uzi Yemin, chairman, president and CEO of Delek US Holdings Inc., was watching the Super Bowl on February 2 when he got the first phone call from Alon Israel, he said during the company’s first-quarter 2015 earnings call. “So I thought I was scoring a touchdown myself,” he said. 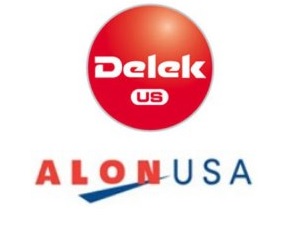 And on April 14, 2015, Delek US entered into a definitive stock purchase agreement with Alon Israel Oil Co. Ltd. to acquire approximately 33.7 million shares, or approximately 48% of the outstanding shares, of Alon USA Energy Inc. common stock owned by Alon Israel.

The companies expect this transaction, which has received Hart-Scott-Rodino clearance, to close as early as May 12, 2015.

The agreement “presents a significant step in our growth, and the assets fit well strategically and geographically with our existing footprint,” Yemin said. “It also provides a step forward, doubling the size of our company, which is one of our target to accomplish every five years.”

Alon “was a very big seller, [and] we know them very, very well. They wanted a good transaction. We couldn’t go to a full Alon [merger], or they didn’t want the full Alon merger because they wanted that to close as quickly as possible because of their needs, and that presented great opportunity for us and we took it.”

He added, “With their footprint and the fact that they have logistic assets, they have retail, they fit very nicely with our assets."

Delek US operates refineries in Tyler, Texas, and El Dorado, Ark. “We believe that two refineries are not sufficient enough to be in our business,” said Yemin.

Yemin also said that "when the market conditions are right" the company will look "very seriously" at acquired 100% of Alon USA.

During the first year following the closing of this transaction, the current agreement allows Delek US to acquire up to 49.99% of the outstanding shares of Alon USA, with additional ownership above this threshold subject to approval of Alon USA’s board. The stockholder agreement will expire on the first anniversary of the closing of this transaction, and Delek US will then have no further restrictions on ownership in Alon USA.

Delek executives will have a “significant presence” on Alon USA’s board, with four executives joining Yemin as chairman.

At the end of the first quarter 2015, there were 64 large-format convenience stores in the portfolio.

Delek US Stocks Up on Alon USA

Could Delek US Acquire Alon USA?