CARY, N.C. -- Earnings are down. Revenue is down. Fuel volume is down. Still, The Pantry Inc.’s Dennis Hatchell chose to dwell on the positive where he could during an earnings call Tuesday. 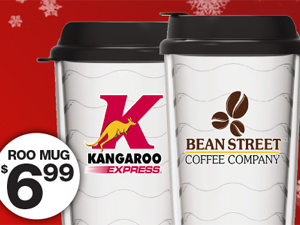 The company, which operates the Kangaroo Express convenience store chain, continues to see growth in comparable-store merchandise revenue, the chief executive said. It is up 2% due in part to a 3.3% improvement in sales to customers. In all, merchandise gross profit was $700,000 above last year's level.

“We were encouraged by this progress in our merchandise comps,” he said. “When customers visit our stores, they are responding to our marketing initiatives and our product offerings, generating a higher sales for customers.”

He went on to say that one of the biggest changes in the company’s strategy is that the merchandising team is improving how it determines what kinds of items should go into the stores: “All that analysis is starting to pull through as we remodel more and more stores, as we figure out which ones work best and which ones don't,” Hatchell said.

The Pantry reported fourth-quarter earnings of 4 cents per share. This is down from 21 cents from the previous year. Total revenues for the quarter were $2 billion. This was 3.3% below last year, due to a decline in fuel gallons sold, lower retail fuel prices and 30 fewer stores on average. Adjusted EBITDA was $49 million, down from $53 million in the previous year quarter.

Hatchell said revenues were impacted by pretax charges of $4.6 million or 12 cents per share incurred from a “proposed litigation settlement and strategy consulting costs.”

Fuel comps were down 2.5% for the quarter, while margins increased 10.7 cents per gallon.

“Our fuel-pricing system allows us to manage the rapidly changing fuel markets and maintain a consistent value proposition in our marketing areas,” Hatchell said. “However, during the quarter, the Southeast continues to have the lowest retail fuel margins in the U.S. according to OPIS.”

In keeping with their downward trend, cigarette sales declined 2%. Other packaged goods sales are up 3.8%. The Pantry’s proprietary foodservice comparable sales are up 3.3%, “driven by solid growth in our grill, deli and fresh food offerings,” Hatchell said.

Hatchell outlined a continued focus on store upgrades. The Pantry completed 31 remodels during the fourth quarter, with a year-to-date total of 72. It is Hatchell’s hope that based on this progress, the company will hit a target of remodeling 10% of the stores in 2014.

The Pantry also opened five new QSRs during the fourth quarter, bringing its total to 222. The company plans on opening five additional QSRs in the first quarter, and approximately 20 total in fiscal year 2014.

Cold Quarter for The Pantry