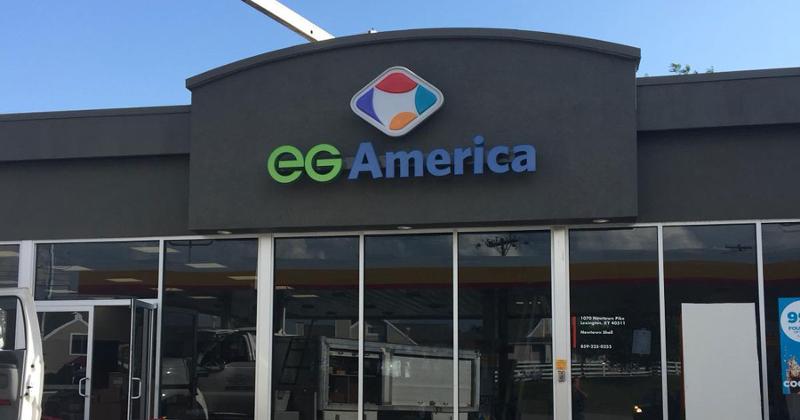 CINCINNATI — EG America, the U.S. arm of United Kingdom-based EG Group, will rebrand the 225 Minit Mart convenience stores it acquired from TravelCenters of America to a new brand: EG America, CSP Daily News has learned. The logo, inherited from EG Group’s acquisition of the Kroger c-store network, will bring the sites into the EG America family of brands.

“All sites are expected to be remodeled within the next year,” the company said. “As they are updated, we will make the name change.”

In December 2018, Blackburn, U.K.-based EG Group acquired the c-stores in Kentucky, Tennessee, Illinois, Wisconsin and Ohio from TravelCenters of America LLC, Westlake, Ohio, for about $330.8 million. TA sold its stand-alone c-store network to focus on its core business of more than 250 travel centers.

EG Group entered the U.S. market in April 2018 with the completion of its acquisition of 762 c-stores in 17 states from The Kroger Co., Cincinnati, under the Turkey Hill, Loaf ‘N Jug, Kwik Shop, Tom Thumb and Quik Stop brands. It established its North American headquarters in Cincinnati, where Kroger is based, and it has continued to operate those stores under their established banners.

The new EG America brand that is replacing the old Minit Mart branding uses the former Kroger c-store family logo, a rhombus with a stylized map of the United States. The retailer has installed one of the new signs at a c-store in Lexington, Ky. (Photograph courtesy of EG America.)

EG Group also recently signed agreements to acquire 69 c-stores in Kentucky, West Virginia and Ohio from Certified Oil, Columbus, Ohio, and 54 c-stores in New York from Fastrac Markets LLC, East Syracuse, N.Y. The company has not indicated whether these stores would be rebranded to the new EG American brand and logo, use the logo with their existing name or if they will continue to operate under their current name and logo.

EG Group has about 5,200 convenience stores and gas stations in the United Kingdom, Europe, the United States and Australia. In the United States, it is No. 8 in the Top 40 update to CSP’s 2018 Top 202 ranking of U.S. c-store chains by number of retail outlets.