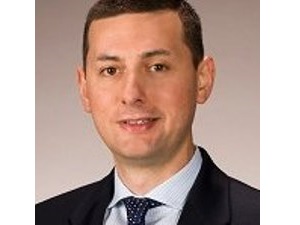 Prior to joining Empire, Atanas held the position of CFO and treasurer at NGL Energy Partners LP, a publicly traded midstream MLP based in Tulsa, Okla. He joined NGL in Nov. 2011 as treasurer and senior vice president of finance and was promoted to CFO in May 2013. Atanas worked nine years with GE Capital in Dallas, first as finance manager for the leverage equity business, from 2003 to 2005, and then as finance leader for the U.S. lending regions business from 2006 to 2011, before joining NGL. Prior to GE Capital, Atanas held positions of increasing scope and responsibility at the Williams Co. and Ernst & Young LLP.

"Atanas Atanasov brings a wealth of experience in finance and accounting, tax, FP&A [financial planning and analysis] and capital markets," said Hank Heithaus, Empire CEO. "He was instrumental in the growth of NGL, where during his tenure, the company grew from an EBITDA [earnings before interest, taxes, depreciation and amortization] of $24 million in 2011 to more than $400 million today. We look forward to his bringing that level of energy and success to our talented executive team here at Empire."